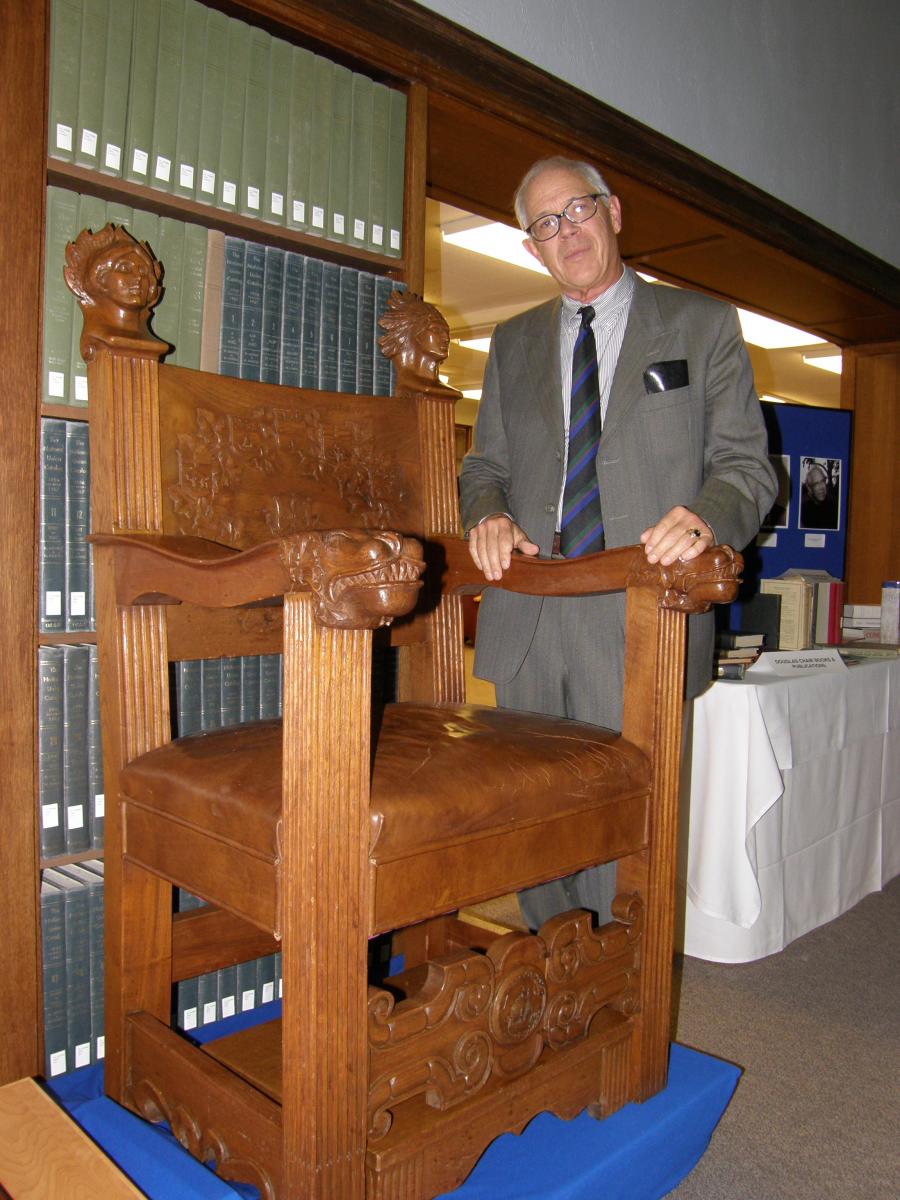 The 100-year history of Queen's Douglas Chair - both the physical armchair and the original endowment that has long-since disappeared - was brought to life at its centenary celebration in the fall of 2010.

In 1910, James Douglas, the university's third chancellor and one of its major early benefactors, donated the money to endow a chair in what he called 'colonial history.'

He also commissioned an actual chair to accompany the endowment, which was carved in India of Burmese teakwood by the daughter of one of his friends.

Over the years, the title of the chair transformed to the Douglas Chair in Canadian and Colonial History to reflect the country's maturation. And that's not all that changed. The endowment provided by James Douglas disappeared. Research by PhD student Rob Dennis found that after Mr. Douglas' death in 1918, the university's trustees used the money to leverage a matching grant from Andrew Carnegie in order to support a capital campaign.

The plan worked; however, the money was never returned to the History Department. From then on, the Douglas Chair "received a title, his usual salary from the History Department budget, and the questionable privilege of sitting on the large piece of hand-carved furniture that had come all the way from India," said Don Akenson, holder of the Douglas Chair in 2010. Dr. Akenson delivered the chair's centenary lecture entitled 'Arithmetic, Purpose, and Liberal Arts Education' at the celebration.

The armchair has been restored by the Art Conservation Department. After languishing in the top floor meeting room of Watson Hall, the massive piece of Queen's history is now displayed in the special collections rooms of Douglas Library.

The Douglas Chair played a role in bringing to Queen's some of the pioneers who created the very field of Canadian history and who were almost as important as the railroad and the First World War in forging Canada as a nation. Past holders of the Douglas Chair include W.L. Grant, J.L. Morison, Duncan McArthur, R.G. Trotter, A.R.M. Lower, and Roger Graham.