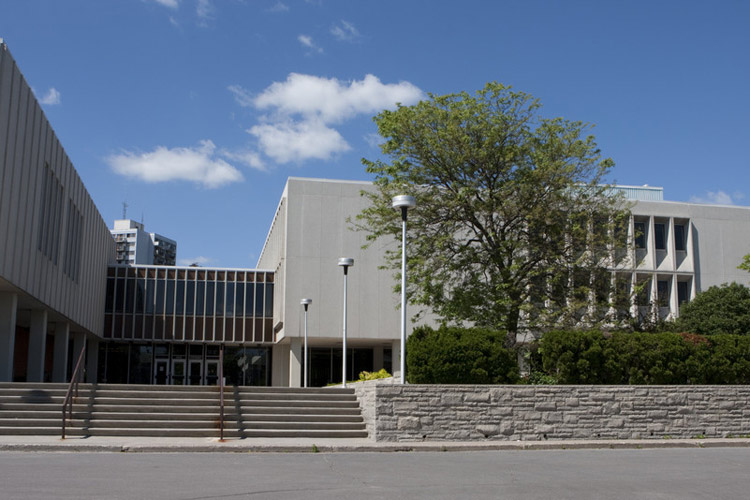 Duncan McArthur Hall is one of the few buildings located on the west campus of Queen's University. The campus is located about two kilometres west of the main campus and was purchased by Queen's in 1969. Before Queen's bought the 61-acre area, it held a farm and a stone quarry, both of which were worked by inmates of the Kingston Penitentiary.

Duncan McArthur Hall, built between 1969 and 1971 with funding from the Ontario government, is a very large building which houses Queen's Faculty of Education, made up of administrative offices, classrooms, labs, technical shops, and the large Education Library.

It is named after a former professor of history at Queen's, Duncan McArthur, who served as the provincial Minister of Education in the 1940s. The entire faculty is sometimes known as McArthur College, which was, in fact, its official name until 1971.