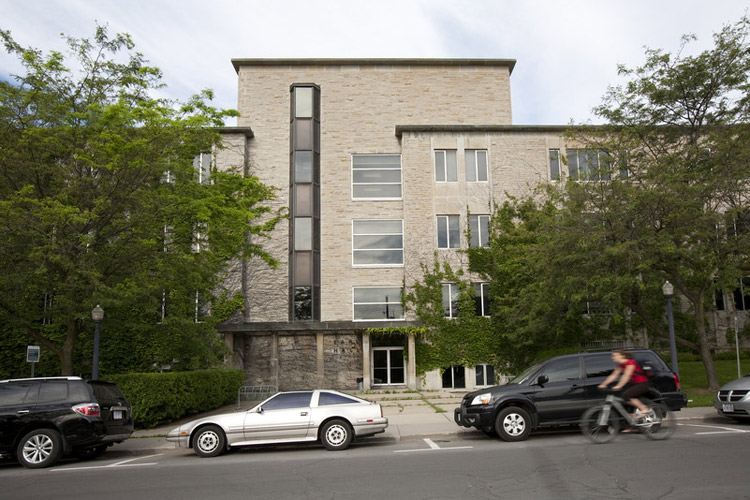 Built between 1963 and 1966, Earl Hall opened as the home of the Department of Biology.

Earl Hall is located on Barrie Street between Union and Arch streets, south of St James Anglican Church, and is now part of the BioSciences Complex. It is encased in Queenston limestone, which can still be seen as part of the east wall of the Biosciences atrium.