Electrical and Computer Engineering, Department of 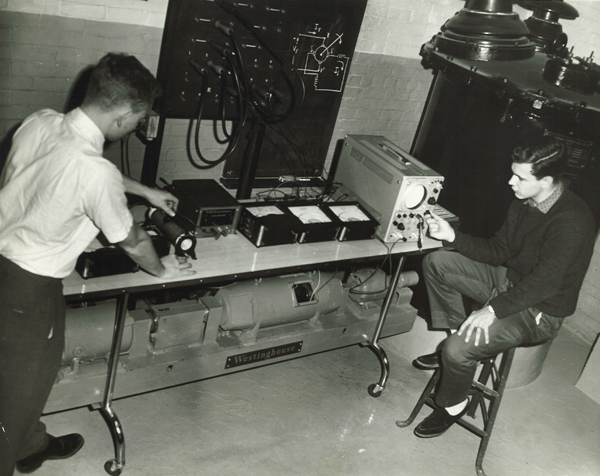 The study of electricity began at Queen's in 1894 with a special series of lectures and, as the calendar boasted, "demonstrations of this wonderful form of energy...on telegraphy, telephony, electric lighting, and the driving of machinery."

Queen's first specialist in electricity, L.W. Gill, arrived at the University in 1900 and is generally considered the founder of the Department of Electrical Engineering.

Electrical studies have changed drastically since then, but the Department's late Victorian goal to study "electricity in all its variations" still holds.

Learn more about the Department of Electrical and Computer Engineering...