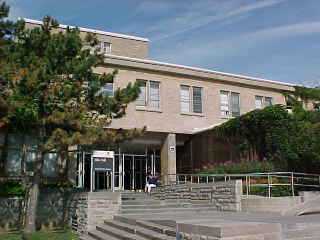 Completed in 1958, this building has long been the home of the Department of Civil Engineering and of the Queen's Observatory, which is located on the roof.

Ellis Hall was constructed to help alleviate the extreme pressure on the Faculty of Engineering which was the result of a huge increase in the demand for scientific courses at Queen's after the war.

When Ellis Hall was under construction, some people felt that all the engineering buildings should be clustered together in the northeast end of campus. However, construction continued and Ellis Hall was built on University Avenue opposite Ontario Hall.