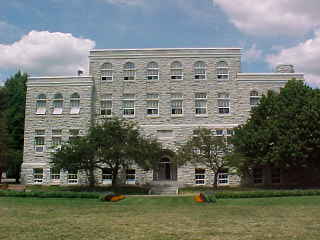 Fleming Hall was funded by a $112,500 gift from the Ontario government to the Kingston School of Mining and Agriculture. Principal Grant had created this "independent" school, affiliated with Queen's, in order to sidestep the government regulations against giving funding to a denominational university (which Queen's was at the time). The School of Mining was, in reality, an arm of the Queen's Faculty of Practical Science, which had been established in 1894. Thus the gift to this "independent" school resulted in two new buildings for Queen's - and one of them was Fleming Hall. (See Faculty of Engineering and Applied Science for more on the creation of the Faculty...)

In 1933, a short circuit started a fire in Fleming Hall and everything above the basement was destroyed. During reconstruction, its pitched roof was replaced by a flat one, reflecting a change in University policy after a fire in the Old Medical Building. 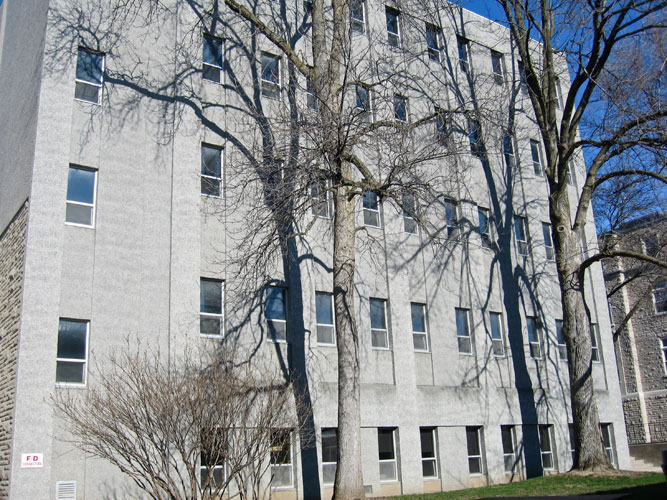 Fleming Hall with its various wings honours several figures in Queen's history. The original building was named for Sir Sandford Fleming, who was a noted chancellor of Queen's. The other three honourees were all affiliated with Electrical Engineering, which was located in Fleming Hall until 1989. The Jemmett Wing is named for Douglas Mill Jemmett, who was head of the department for 36 years. The Stewart-Pollock Wing is named in honour of Harold Huton Stewart and Harold Stockwell Pollock, who were both professors of electrical engineering and between the two of them taught at Queen's for 81 years.

Both wings of Fleming Hall have also housed at various times the campus bookstore, the radio station, a heating and power plant, and the School of Graduate Studies. The Jemmett Wing now houses a variety of administrative research offices, Campus Security, and ITServices (Telecommunications). The Stewart-Pollock Wing hosts the Department of Marketing and Communications and Human Resources.