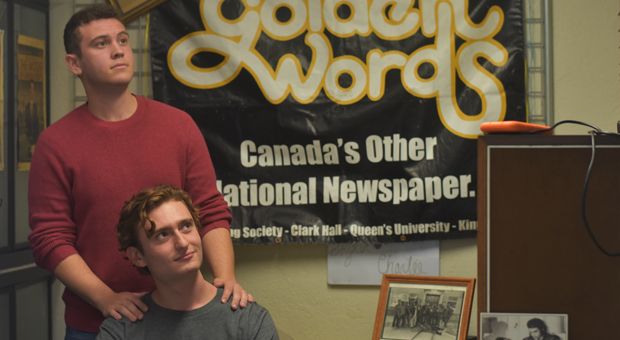 The Golden Words student newspaper has been published by Queen's Engineering Society since 1967. It is primarily humorous in intent, but also contains a small section of news and information relevant to engineering students.

The paper, which appears weekly on campus, was infamous in the 1970s and 1980s for its crude sexist and homophobic articles and cartoons.

Prior to its establishment, the Engineering Society ran a column called the "Steam Shovel" in the Queen's Journal.