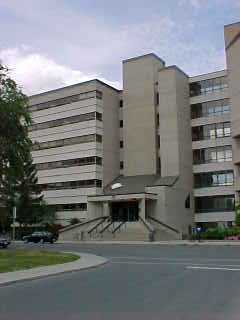 It is named after William Lawton Goodwin, the first director of the School of Mining and Agriculture (the modern day Faculty of Engineering and Applied Science).

In 1989, Goodwin Hall was linked with the newly constructed Walter Light Hall in a multi-million dollar technology centre to make room for the pressing space needs of the Department of Electrical and Computer Engineering, which had long outgrown its old home in Fleming Hall.