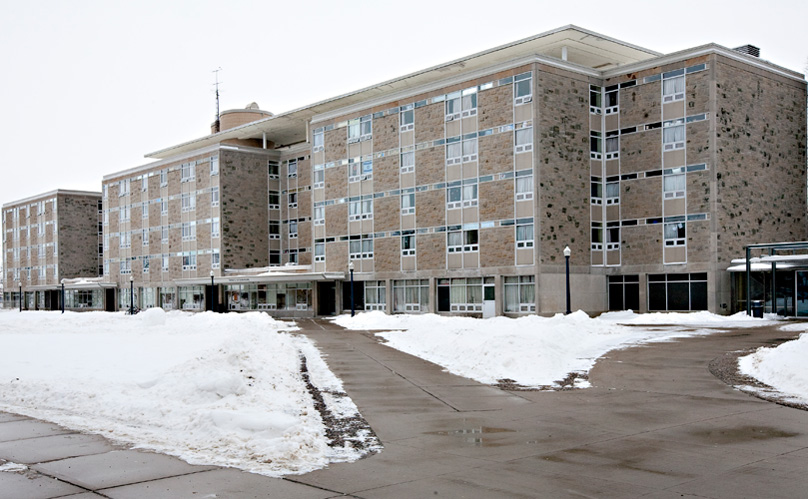 This undergraduate residence, located on Collingwood Street, was built in 1964. It is clad in Queenston limestone and is one of four residence buildings surrounding Leonard Field. The others are Leonard Hall, McNeill House, and Morris Hall.

Gordon-Brockington has two wings: the north end is Gordon House and the south is Brockington House. It was originally a men's residence, but the Brockington wing became co-ed in 1991 and the Gordon wing followed suit the next year.

Gordon-Brockington was built during the intense residence building period of the 1950s and 1960s, after Principal Mackintosh surmised that a campus where the majority of first year students lived in residence would give Queen's a special sense of community not to be found at other universities.