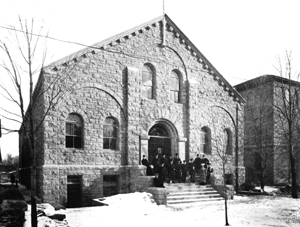 When Jackson Hall was first completed in 1907, it was the University's gymnasium. It was not named Jackson Hall until the 1970s and until then was known only by functional names, which changed over time.

The building originally had a pitched roof and was two stories plus a basement, with the gymnasium proper occupying the first and second stories and a swimming pool and locker rooms located in the basement. The gymnasium had a running track suspended halfway up its wall.

The building was originally slated to cost only $9,000, but the total figure amounted in the end to more than $27,000. No Kingston architects could be found to construct the building since the budget was so limited and so Professors Alexander Macphail and A.K. Kirkpatrick supervised its construction. 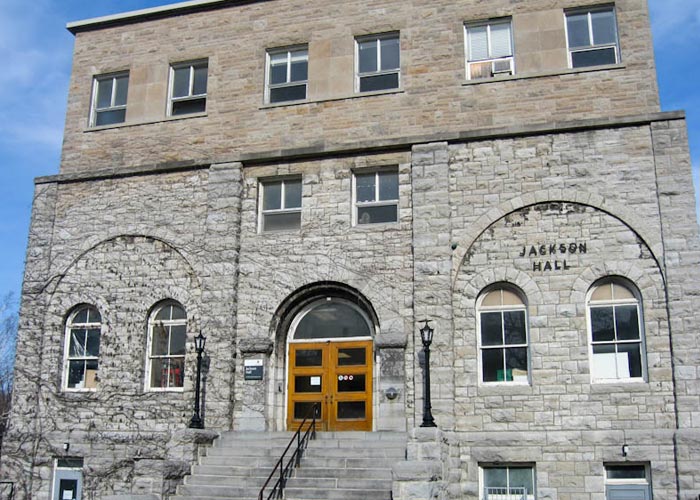 In 1931, a new gymnasium was constructed and the old gym became the home of hydraulics research. It was also the location of engineering drawing classes for many years, and the man for whom the building is now named - Arthur Jackson - was a Professor of Engineering Drawing.