The original Jock Harty arena was built in 1922 with funds largely supplied by friends, family, and classmates of John Joseph Harty.

The arena was built to replace the university's primitive skating rink, which had burned down earlier that year. But this new arena also burned down just two years later (see fires).

The arena originally held a skating and hockey rink, an indoor running track, and six tennis courts located on the roof. The second Jock Harty Arena, built in 1924, stood on the same location as its predecessor until it was torn down in 1968 to make way for Humphrey Hall, a new psychology building. 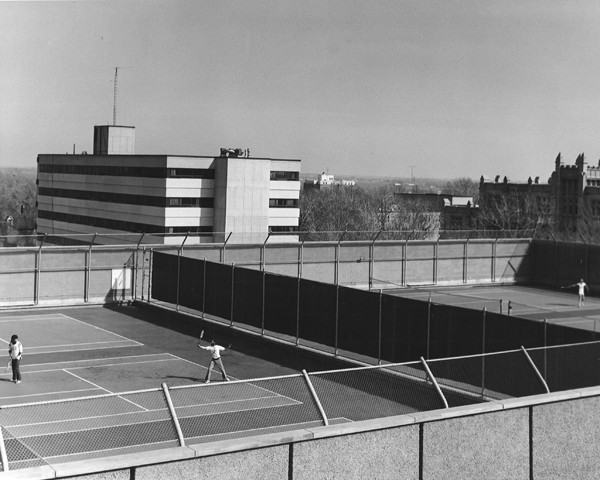 The third version of Jock Harty Arena was built at Union and Division Streets in 1970. It was torn down in 2007 as part of the new Queen's Centre construction.

The arena was named after John "Jock" Harty, a Kingston doctor, hockey coach, and former star of Queen's great hockey teams of the 1890s.