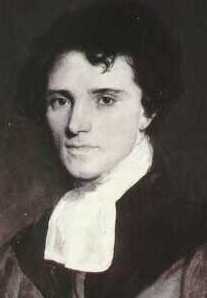 Born in Stirlingshire, Scotland, he was educated at the universities of Glasgow and Edinburgh, receiving a Doctorate of Divinity from the latter in 1841. He was serving as a minister of Lady Glenarchy's Church in Edinburgh in 1841 when he was selected as Queen's first Principal by the Colonial Committee of the Church of Scotland. Liddell arrived in Kingston in December of that year with Queen's founding document, the Royal Charter, in hand.

Instead of being welcomed by students as he expected, he was welcomed by Trustees who sent him off into the countryside to canvass for students and donations, both of which Queen's was lacking. Classes finally commenced on March 7, 1842 and the number of students was somewhere between 10 and 12. Liddell and one other man, Professor Peter Colin Campbell, made up the entire staff.

For most of his five years at Queen's, he was an effective and enthusiastic leader, although he performed his duties with some trepidation. He set sound academic standards for the university and worked tirelessly to shore up its fragile finances. He also recommended the establishment of an affiliated preparatory school and helped teach some classes, including Hebrew, theology, and mathematics. However, Liddell was frustrated the constant lack of funds that plagued Queen's, despite his fundraising appeals.

Liddell began to lose heart when Queen's lost most of its theological students and 10 of its Trustees after a schism in the Church of Scotland in 1843 (see Presbyterian Church Schism). He saw no other option but to move Queen's to Toronto and make it part of King's College (later the University of Toronto), or to turn Queen's into an exclusively theological college. In his mind, this would also solve the funding problem. Yet, thanks largely to the Bishop John Strachan of King's College, who wanted neither to affiliate his Anglican college with a Presbyterian one nor to share financial resources, Liddell's "solutions" were dismissed. The Trustees also opposed his plans.

When he was unable to bring any measure of stability to the school, Liddell resigned in 1846. Queen's would not have another full Principal until the appointment of William Leitch in 1859, and made do with temporary and acting Principals until that time.

Liddell returned to the life of a minister in Scotland, where he remained until his death.

A portrait of Liddell by the renowned Victorian painter Charles Grant hangs at the Donald Gordon Centre.