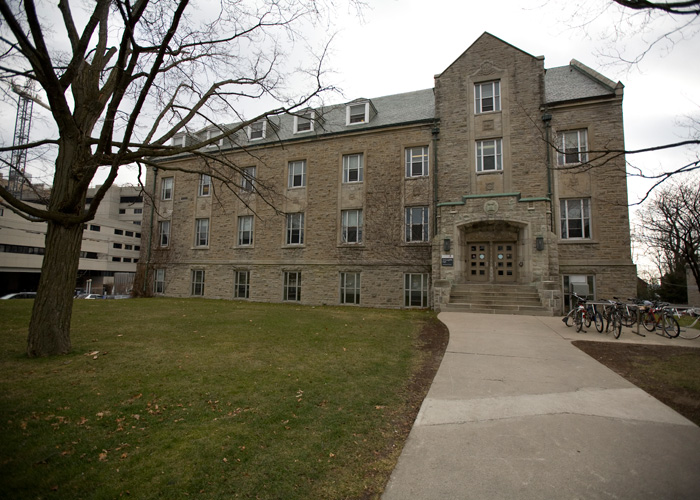 McLaughlin Hall was completed in 1948 as a home for the Department of Mechanical Engineering (see Materials and Metallurgical Engineering, Department of) and was built on the old site of the Observatory. There is a story that Chancellor Dunning procured the funds for the building merely by passing a note down the table at a board meeting of the CPR to his friend Col. R.S. McLaughlin, which said: "Queen's needs a new mechanical engineering building."

The building was expanded in 1960 and renovated in 1978, and both the original construction and the later improvements were financed by Col. R.S. McLaughlin and the McLaughlin Foundation.

The building officially opened on November 15, 1948 and is named in honour of Col. R.S. McLaughlin.