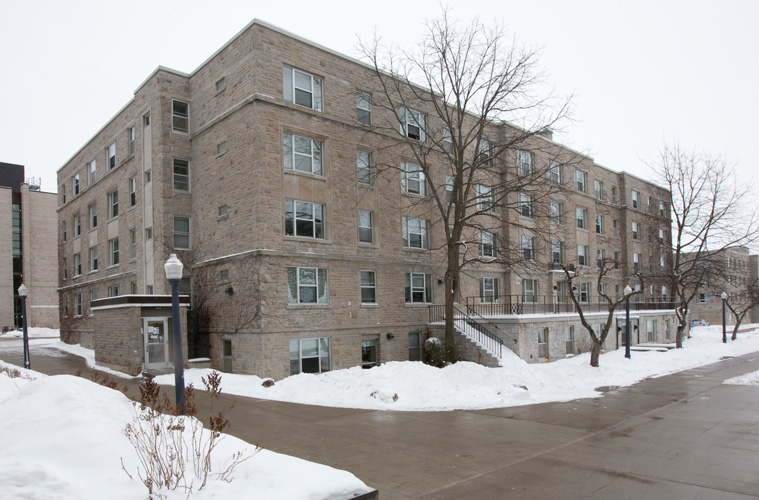 Completed in 1955, this undergraduate residence is one of four residence buildings surrounding Leonard Field. The others are Morris Hall, Leonard Hall, and Gordon-Brockington House.

McNeill House originally housed only men, but it became all-female in 1988, when Victoria Hall became co-ed. It has since become a co-ed residence.

In the summer of 2007, McNeill House underwent a $5.5 million upgrade. To address accessibility concerns, the main entrance stairway was removed and replaced with a grade level entry. Student common rooms were also created on each floor, fixtures and finishes replaced, and ground floor meeting and relaxation space added.

McNeill House is named after William Everett McNeill, an English professor and a colourful and influential former Vice-Principal of the University (1930-1947).