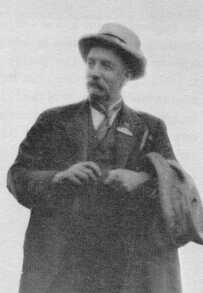 Willett Miller was appointed as a Professor of Geology and Petrography in 1893 and was at that point already a very accomplished man. He was Canadian and studied at the Universities of Toronto, Harvard, Chicago, and Heidelberg.

Miller usually worked as a surveyor on his vacations, accumulating the experience that would later stand him in good stead. He came to Queen's when the School of Mining and Agriculture (now the Faculty of Engineering and Applied Science) was established as an "independent school affiliated with Queen's University."

Professor Miller was a quiet man and did not seem to enjoy public speaking. Lecturing in front of a class was an ordeal for him and the students often remarked on the beads of sweat that would appear as soon as he began to speak. He was a brilliant geologist, however, and they all considered themselves lucky to be learning from him.

In 1902, he left Queen's to become the first Provincial Geologist for Ontario. He discovered cobalt and silver deposits in northern Ontario. Earlier in his career he had also developed a method of identifying diamonds and emeralds using x-rays. He wrote extensively, both in scientific journals and school texts. For his achievements, he was awarded a gold medal from the Institute of Mining and Metallurgy of London in 1915.

Aside from Miller Hall and the Miller Memorial Research Professorship in Geology, there is also a research facility in Sudbury named in his honour, and a portrait of him still hangs in the Ontario Legislative Building.