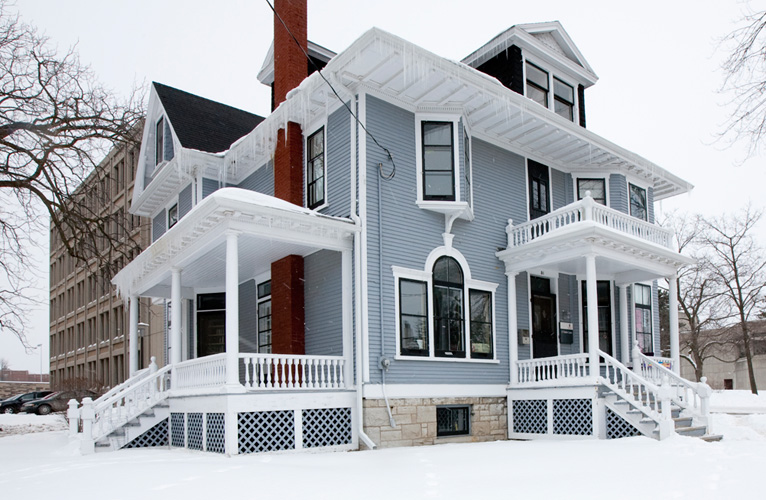 The Grey House, one of the still-standing Crescent Houses on Bader Lane.

In addition to the large academic buildings and residences located on Bader Lane (Stirling Hall and Victoria Hall, for example), there are several former homes that have been converted into university buildings.

The Ban Righ Centre is housed in a small red-brick house at 32 Bader Lane, which was once the home of Vice-Principal William Everett McNeill and his wife Caroline McNeill, the university's first Dean of Women.

The Grey House is located in a large grey wood-frame house at number 51, built in 1900 by David Murray, a nephew of John Clarke Murray, a philosophy professor in the 19th century who offered Queen's first classes for women.