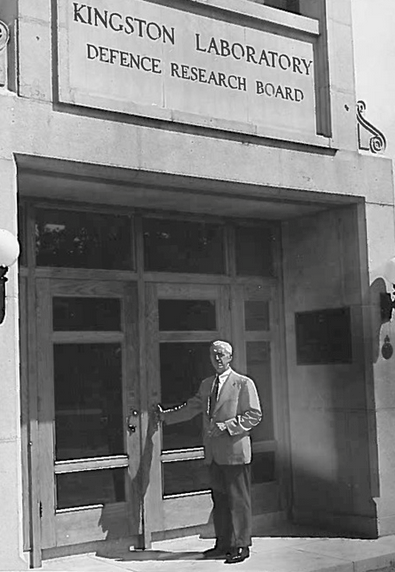 Guilford Bevil Reed was best known for his work in medical research. He contributed to an understanding of such diseases as tuberculosis, gas gangrene, tetanus, and rinderpest, a disease widespread among cattle in Africa and Asia. His career at Queen's University spanned 37 years, from 1915 to 1954.

Dr. Reed was born in Port George, Nova Scotia. He attended Harvard University and received a BSc in 1912, MA in 1913, and PhD in 1915. He was married to Elsie (Porter) Reed, who was involved with the drama program at Queen's in the 1930s.

In 1930, Dr. Reed began his association with the Fisheries Research Board of Canada. Between 1934 and 1935, he took a leave of absence and studied at Cambridge University, England and the Pasteur Institute, Paris. During WWII, he served as a scientific consultant to the Canadian Army and was a member of a Joint Canadian-American Commission on rinderpest. The work resulted in an agent that is highly effective in the protection of cattle.

In 1953, Dr. Reed was in charge of the Defense Research Board laboratory at the eastern end of Barriefield Military area and continued his role at Queen's as Head of the Department of Bacteriology.

During his lifetime, Dr. Reed was the recipient of numerous high honours. In 1942, he was awarded the O.B.E. for the study of methods of control of gas gangrene, for identification of causal organisms of gas gangrene, as well as for research in anaerobic bacteria generally. In 1947, he was awarded the U.S. Medal with Palm, largely for his work in rinderpest, and the U.S. Medal of Freedom, bronze palm, for outstanding and exceptionally meritorious service, which contributed greatly to the advancement of the war effort of the United Nations. The same year, he was also awarded the Flavelle Medal of Canada for war research in gas gangrene, rinderpest, and a general contribution to bacteriological research over the years.