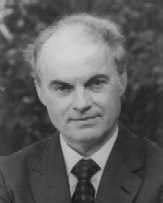 Smith came to Queen's in 1961 after two years of teaching at the University of California, Berkeley. He was a specialist in labour economics, macroeconomics, and public policy (especially income policy), and was head of the Department of Economics from 1968 to 1981. As the department head, he recruited no less than six presidents of the Canadian Economics Association and three Fellows of the Econometric Society. The graduate program in Economics flourished under his guidance, becoming the largest in the country at the PhD level.

In 1976, Smith was instrumental in founding the John Deutsch Institute for the Study of Economic Policy, which he directed from 1976 until 1984. He was selected Principal in 1984 and held the position until 1994. Under his leadership, Queen's worked to maintain its high graduate and undergraduate standards and sought to build on its early roots as a place that welcomes students from all parts of society.

The Department of Women's Studies was founded during his time at Queen's, as was the Queen's National Scholars Program and the Bader International Study Centre at Herstmonceux Castle in England. Three new buildings were also constructed under his principalship: the Policy Studies Building (now Robert Sutherland Hall), Walter Light Hall, and Stauffer Library.

Smith was a member of the Ontario Economic Council for 10 years, Vice-Chair of the Ontario Royal Commission on Workers' Compensation, and Director of Research (Economics) for the highly influential MacDonald Royal Commission. He was senior policy advisor to the Canada Millennium Scholarship Foundation and Chair of the 1996 Advisory Panel on Future Directions for Postsecondary Education in Ontario. He subsequently authored two reports on faculty and quality at Ontario universities, published by the Council of Ontario Universities in March 2000. Smith received honorary degrees from five universities, was made a fellow of the Royal Society of Canada in 1976, and in 1994 became a Member of the Order of Canada.

Smith retired from Queen's in 1996, when he became Emeritus Principal and Professor. He served as Interim President and Vice-Chancellor of Trent University from 1997 to 1998, and after a brief illness died on May 22, 2000.