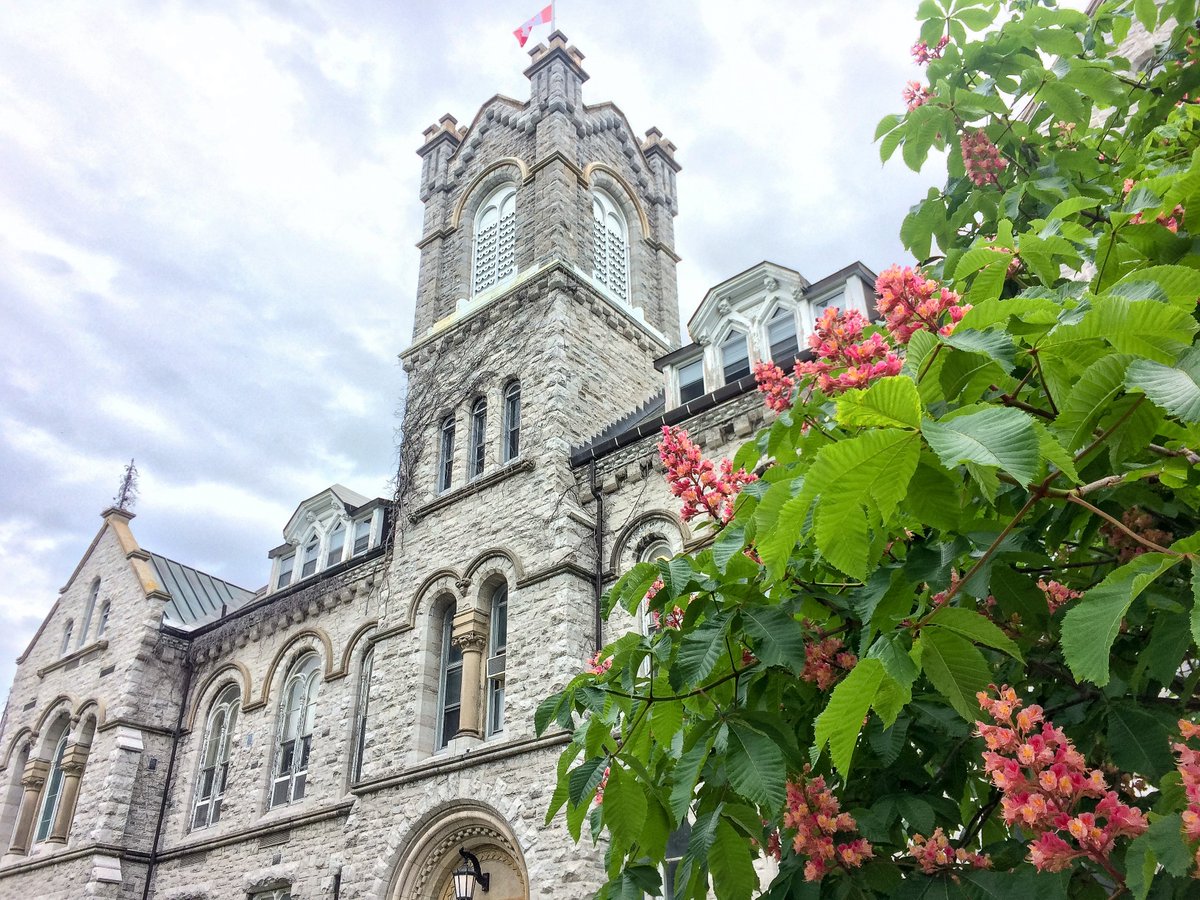 Constructed in 1879-1880, Theological Hall is the third oldest building on campus and houses the School of Religion (see Religion and Religious Studies) and the Department of Drama.

It was built with money donated by the citizens of Kingston in the first of what would be many hugely successful fundraising campaigns led by Principal George Grant. The mayor of Kingston "handed over" the building to Principal Grant in the opening ceremonies as a symbol of the goodwill between Queen's and Kingston.

The Norman Romanesque structure was the university's main building throughout the late 19th century. When it was first built, faculty and students referred to the building as "The College." Its spacious rooms housed all Arts and Science classes and its ornate Convocation Hall was used for Queen's major ceremonies as well as regular Sunday church services.

The rounded west end of the building was the university's library until the early 1900s and remained the medical library until Botterell Hall was built in the 1970s. Today, the old library and Convocation Hall are theatres. On the second floor of the building is the intimate Morgan Memorial Chapel, named after the late theology professor William Morgan and used for regular services. Hundreds of alumni have been married in the chapel. 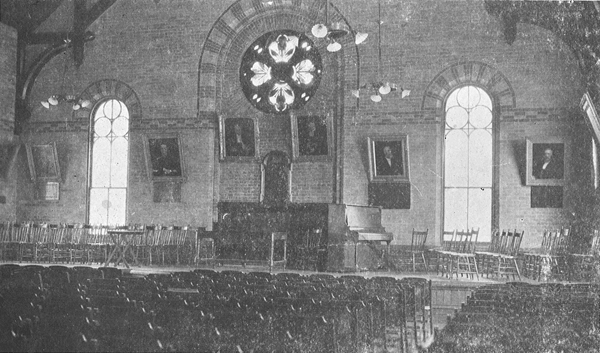 The building became known as the "Old Arts Building" around the turn of the century and Kingston Hall, built in 1903, was the "New Arts Building." Although it officially became Theological Hall in 1912 when Queen's Theological College was established and the university separated from the Presbyterian Church, it continued to be widely called the Old Arts Building until the 1970s.

In the early 1930's, after a fire in Kingston Hall, the citizens of Kingston donated a sum of money not only to repair Kingston Hall, but also to fireproof Theological Hall and make sure a similar disaster would not strike again.

The building is set back from Stuart Street and overlooks the lower campus and Kingston General Hospital. Its cornerstone was laid by the Marquis of Lorne, Governor General of Canada, and his wife Princess Louise, fourth daughter of Queen Victoria.