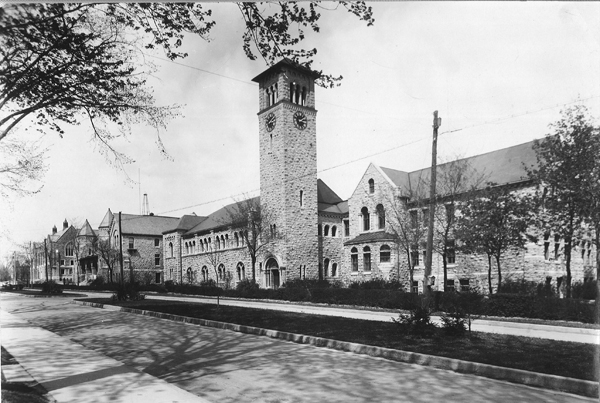 The western side in particular was lined with large and gracious homes, the only remaining example being the Agnes Etherington Art Centre. Under extreme pressure to expand, development spread to the eastern side of the avenue in the early years of this century, leading to the construction of Ontario Hall in 1903, Grant Hall in 1905, and Douglas Library in 1924.

The first Queen's building on the western edge of the avenue (Ban Righ Hall) was built in 1925, but it was not until the 1950s that development in the area took off. More than 25 major buildings were either constructed or bought on the west side of the avenue since then, many of them preceded by the demolition of the old homes.