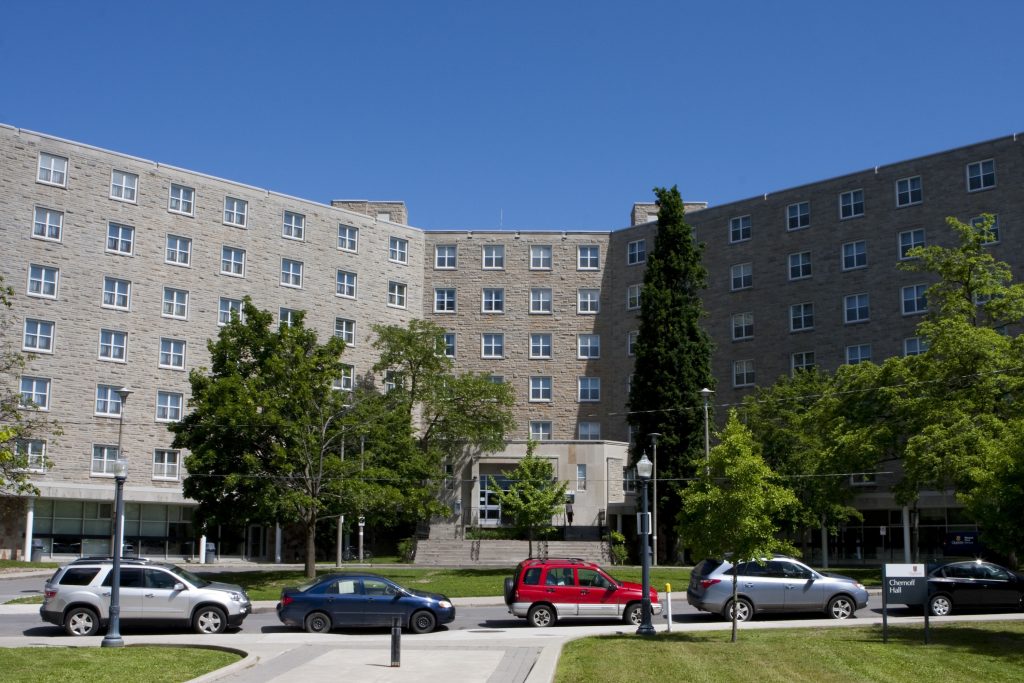 This huge hall, opened in two stages in 1965 and 1968, is the largest student residence at Queen's, with beds for more than 750 students. It was originally a women's residence but was transformed into a co-educational building in 1988. The building is shaped like a large "X" and is located on the north corner of Bader Lane and Lower Albert St.

Originally, the different sections of the building (the four wings and one core section) were each named for an earlier women's residence annex: Goodwin House, Matheson House, Baker House, Macdonnell House, and Muir House. These names, however, are no longer in use and are not formally designated in the building.

Victoria Hall is named after Queen Victoria, who granted Queen's founding Royal Charter in 1841 and after whom Queen's itself is named. It features the Lazy Scholar, a lounge-style café featuring televisions, fireplaces, gaming tables, a coffee bar, and a grill.