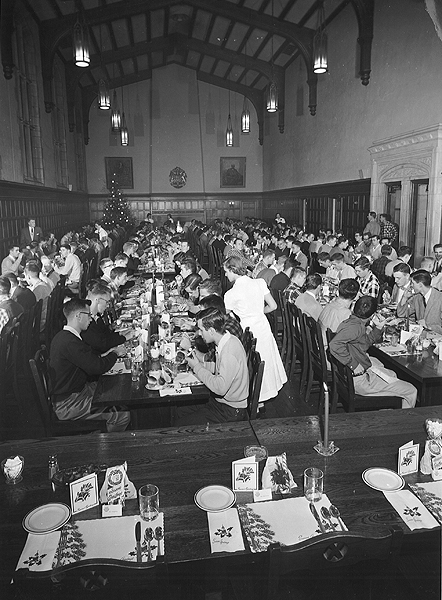 A room located at the west end of the John Deutsch University Centre and designed in the style of a medieval banqueting hall, Wallace Hall has been a study hall, a banquet hall, a dining hall, and a venue for lectures, concerts, receptions, and banquets since its construction in 1947.

When the Student Memorial Union (the former name of the John Deutsch University Centre) was built, it was essentially a men's club, and Wallace Hall has the dubious distinction of being the last room in the building to allow women; they were banned from the room, except during formal dinners, until 1960.

It is named after Principal Robert Wallace.