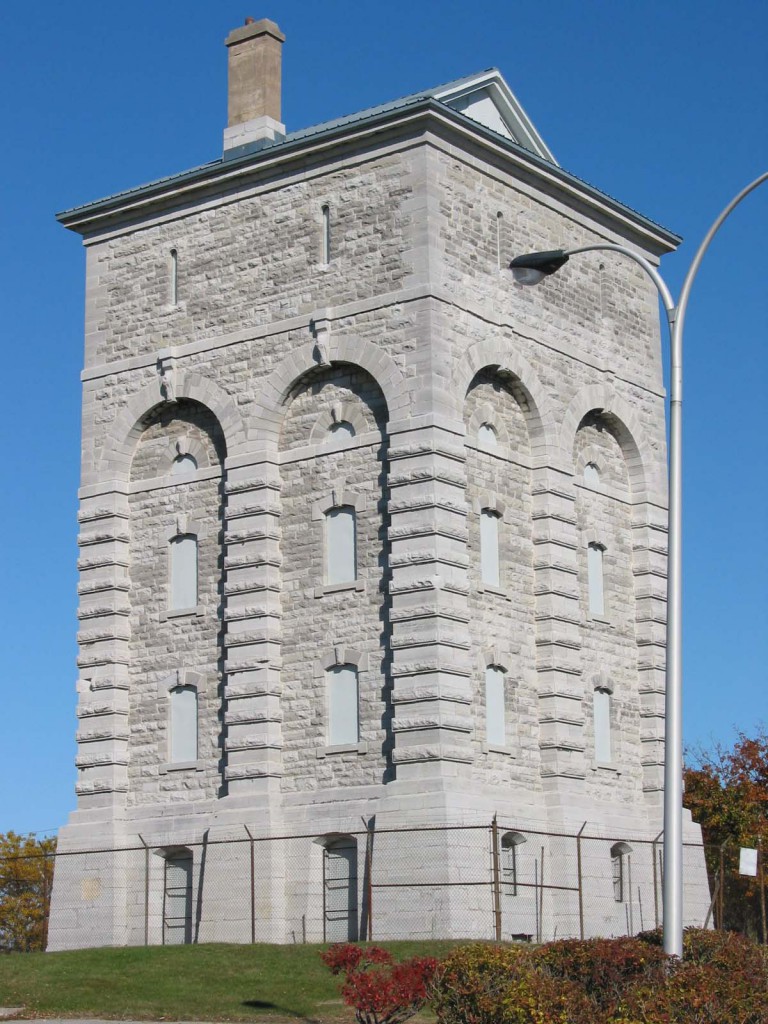 This 87-feet high water tower was originally part of the Kingston Penitentiary farm. It was built by inmates in 1895. Water was pumped from Lake Ontario to the water tower where it was stored in a 75,000 gallon metal tank located in the upper two floors.

The tank rests on steel l-beams that cross the tower horizontally. Beneath this tank are two 3-storey apartments in a duplex arrangement on the north and south sides. Penitentiary officers and their families would rent these apartments, but the last families moved out in 1964. The Department of Justice decided to close down the apartments rather than upgrade the electrical and sold the water tower and surrounding lands to Queen’s in 1965.