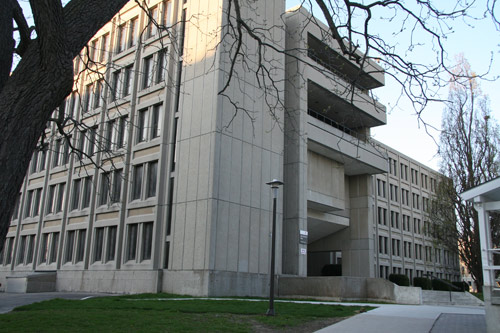 The concrete structure was the first at Queen's to be built without limestone facing and, as such, faced considerable hostility from traditionalists on campus when it was constructed.