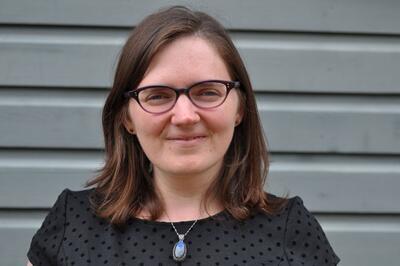 I am an astrophysicist in the Department of Physics, Engineering Physics and Astronomy at Queen's University.

My research focuses on understanding how stars and planets from out of interstellar gas.  I am particularly interested in studying whether the magnetic fields that thread through star-forming regions significantly slow down or halt the gravitational collapse of dense gas.

For my research I both use extremely powerful ground-based telescopes (such as the Mopra telescope in Australia, the Atacama Large Millimeter Array (ALMA) in Chile, and the Large Millimeter Telescope in Mexico) and work with international teams of astrophysicists to build stratospheric balloon-borne telescopes.  Balloon-borne telescopes operate above 99.5% of the Earth's atmosphere, allowing us to observe colours of light that would otherwise require a much more expensive space telescope.  Our most recently constructed balloon-borne telescope, BLAST-TNG, measures polarized light from dust grains in order to construct incredibly detailed maps of magnetic fields in star-forming regions.  BLAST-TNG is scheduled for first balloon flight in December 2019, launching from McMurdo Station, Antarctica.

I received my PhD from the University of Toronto in 2013, where I worked with Barth Netterfield on building BLASTPol, an extremely sensitive balloon-borne sub-mm polarimeter that mapped magnetic fields in nearby star forming regions.  Since then I have worked as a CIERA/NSERC postdoctoral fellow at Northwestern University in Evanston, IL and as a Jansky postdoctoral fellow at the National Radio Astronomy Observatory in Charlottesville, Virginia.  I have been an assistant professor at Queen's University since September 2019.