Due to open this fall, the Queen’s Centre complex will be a state-of-the art facility that promises to become the new focal point of campus life.

Wearing work boots and a hard hat, retired Professor Stewart Fyfe (Political Studies), Arts’49, looks around approvingly as he tours the Queen’s Centre construction site. “This is a remarkable, massive, modern building,” he says. “It’s going to be the finest student centre in North America when it’s done.”

Over the past 60 years, Fyfe has watched the evolution of campus social life and athletics at Queen’s. He’s now predicting that the Queen’s Centre – a sprawling three-storey, 45,000-square-metre multi-purpose complex that’s due to open this fall – will be as vital to student life as the Students’ Memorial Union was in his student days and the Physical Education Centre (PEC) and the John Deutsch University Centre (JDUC) have been for the last four decades.

Queen’s students, he notes, have always gathered for social and athletics activities in surroundings that reflect their times. In that sense, the Queen’s Centre reflects the needs of the 21,000+ students, as well as faculty, staff, alumni, and members of the Kingston community who will use the new facility.

While the scale of the building is unprecedented, some things remain constant, Fyfe notes. “The traditions of strong student involvement, and of student fees contributing to building facilities, both go back a long way.”

As the Queen’s Centre tour winds its way through the new building, Fyfe’s thoughts turn to his own student days. “Campus life was very different back then,” he recalls. “There was a dance at Grant Hall every Saturday night. There was no liquor legally available anywhere on campus. You knew most of your classmates and profs well, and Kingston was a much smaller city.”

The main campus gathering spot was the men-only Students’ Memorial Union at the corner of Union Street and University Avenue. “Queen’s had 2,300 students, two-thirds of them veterans,” Fyfe recalls. “We gathered at the Union to study, play cards, rest, or eat in the cafeteria. It was a very informal place.”

Women socialized at Ban Righ Hall residence in those days. For athletics, both sexes used the “New Gym,” which had opened in 1931 and later became part of the PEC.

Fyfe has observed how student life facilities grew apace with the University for several decades. In the 1970s, for example, the Students’ Union became part of the larger JDUC, Macintosh-Corry Hall was built with classrooms, cafeteria, and study halls sharing the space, and the PEC opened. For decades since then, Fyfe says, changes haven’t kept up with growth. “The Queen’s Centre is long overdue. It’s a natural next step.”

Andrew Bucholtz, Artsci’09, the sports editor of The Journal, agrees with Fyfe’s assessment. Surveying the shell of the new gymnasium that’s rising on the north side of the complex, he nods approvingly. “This is an exciting time for those interested in Queen’s sports,” he says.

As a student journalist, Bucholtz applauds the building of the new gym. “When I’m covering events at the PEC, I have to sit in the stands with my laptop on my knees. The Queen’s Centre has media boxes and built-in Internet access.”

He notes that Queen’s outgrew the PEC years ago. The new gym, with its state-of-the-art facilities for varsity and intramural teams, and for recreational users, will be will be twice the size of the Bartlett gym and will be flooded with natural light during the day. What’s more, it will be visible from various parts of the complex.

“On the varsity side, improved facilities will help teams to recruit top athletes and draw more spectators. Both will be a boon for Queen’s as a whole,” says ­Bucholtz. “And better workout facilities and casual recreation spaces will come in handy for many stressed students. So will the new club space.”

That’s not all. Compared to the existing PEC, the new Queen’s Centre also will have three times the cardio, fitness, and weights space, a pool that’s double the size of the current one, three gymnasiums, eight squash courts, three large cardio spaces, four dance studios, and two rooms for wrestling and martial arts clubs.

What’s more, the complex will feature ­bigger, brighter spaces for students to come ­together non-athletically with a fireplace lounge and a Common Ground coffee shop that’s twice the size of the one that’s now located in the JDUC.

Although Bucholtz will graduate this spring, before the Queen’s Centre opens, he says he’s pleased to have supported the new social and athletics facility. “I’m happy that I’ve been able to contribute to the building though my student fees, even if I won’t be around to use the facilities. They’re much needed, and they’ll enhance the quality of campus life for years to come.”

The Queen's Centre in a nutshell...

Highlights of the new Queen’s Centre complex include: 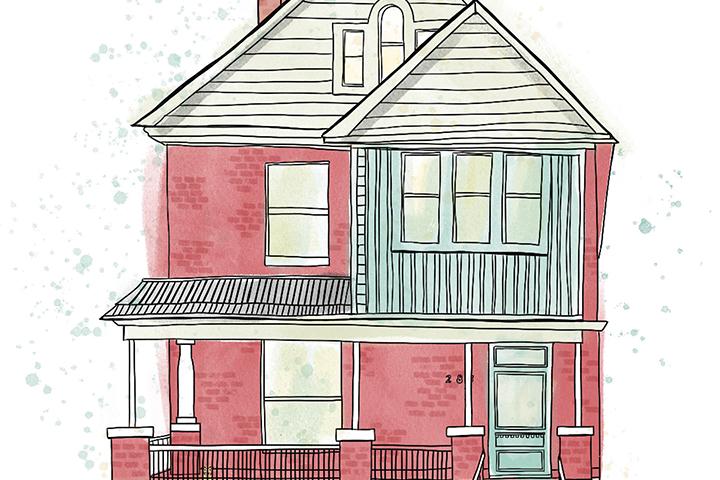 The sisterhood of the dazzling porch

In the fall of 2016, eight first-year students on the fourth floor of McNeill House decided they...
View The sisterhood of the dazzling porch 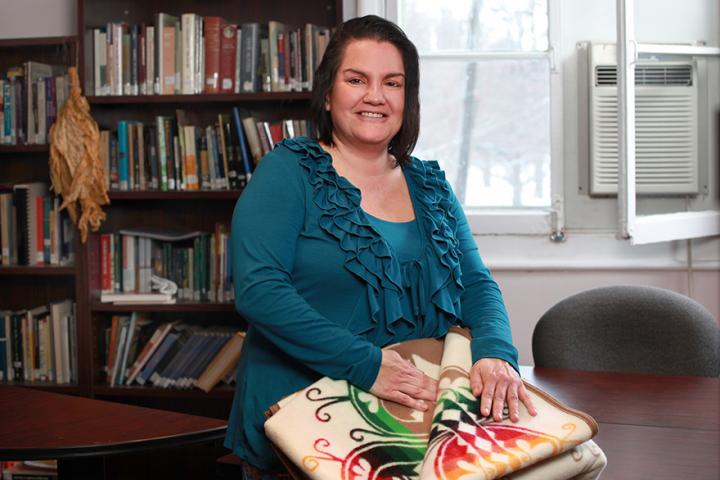 The floor of Wallace Hall is criss-crossed with colourful blankets. Participants move from blanket...
View An exercise in understanding: the KAIROS blanket exercise
Top