In the basement of Stirling Hall, physicists explore the rich and beautiful world at the pinpoint of a laser beam.

With the world’s attention on Queen’s physicist Dr. Art McDonald after he received the Nobel Prize in Physics for breakthrough neutrino research, we decided to shine a spotlight on other innovative Queen’s physicists.

Professor James Fraser and master’s student Allison Sibley study light – particularly laser light and its uses in manufacturing. They are studying lasers used in 3D printing and the challenge of printing in metal, instead of plastic.

“What’s going on at the rich and beautiful world at the pinpoint of a laser beam?” says Dr. Fraser. “Energy is hotter than a volcano down there, so you can imagine the physics going on.”

And working at that high temperature (around 1600 C to cut metal), they have to figure out what’s going on very quickly.

Their hope is that their research into additive manufacturing, building up with metal, instead of subtracting, will contribute to a number of different areas – automotive, aerospace, and transportation in general, where small improvements can yield great results.

“If you can make a car 10% lighter, that directly translates into reduced CO2 emissions. There’s a lot of opportunity,” says Dr. Fraser.

Allison is looking at the field of laser additive manufacturing, also known as 3D printing. This is a new paradigm for manufacturing: an engineer can create a 3D CAD drawing of a part, press a button, and a system prints out a metal part. At least, that is the goal!

The challenge in 3D writing with lasers is being able to understand what you’re doing when you’re doing it, and that’s what our research is centred on. The point of a focused laser beam is the tool that draws the part – we want to know what is going on there. Temperatures are hotter than a volcano, so you can imagine the richness and complexity of the physics going on.

We take substrate and place a layer of metal powder on it. We take the processing laser over it in whatever pattern we want. We can have our imaging laser on it at the same time, so we can see what’s happening. And then when our first layer is done, we lay down a second layer and do the same thing, and we keep doing that until we have our finished cube, or whatever object we’re building.

James Fraser: Because we’re imaging what’s happening when the laser writing process is going on, the user gets immediate information if there is a problem so they can stop the build and correct the problem.

The next step would be automatic control so the system will know how to correct itself. The goal is to have a system that can create optimal structures every single time.

You can now buy commercial units – you press a button and out comes a part. Most of those are plastic. We work in metal. This is harder to do, because you can make plastic flow at much lower temperatures.

We use the laser to melt the metal and make the shape we want. And again, the metal is hot – the melting temperature is around 1600 C. It’s not at that temperature very long – you have to figure out what’s going on very quickly.

Reaching for the stars

Simon Huck (Artsci’06), the public relations guru to the hottest names in Hollywood
View Reaching for the stars 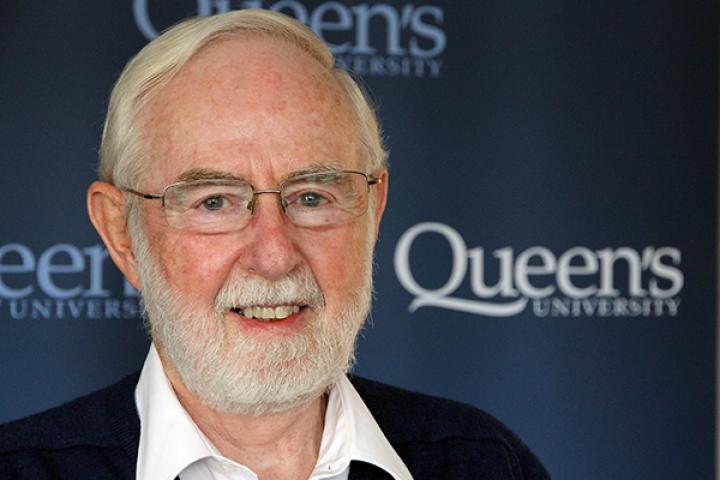