Stephen Hughes: We study light matter interactions – the science of optics, and how light interacts with very small structures. The structures are typically on the nano-scale, where at least one of the length scales is a few hundred nanometres or less.

A nanometre is an extremely small size, about 1-50,000th the width of a human hair. Incredibly small, but these days, fabrication techniques have developed so much that they can reliably manufacture on that scale.

And most of what we look at is manufactured – semiconductor-type nano-structures that have applications in telecom, lasers, solar cells.

Our theory is to actually come up with structures that can stop light. The more you slow down light, the more you amplify it. And that takes you into the quantum world, and at the same time it basically enhances anything you’re trying to do in photonics, because you’re getting more bang for your buck.

Nishan Singh Mann: We are a theory group so our lab is a group of powerful computers.

Disorder and non-linearities – previously, the community has looked at each of them in part. But when you look at them together, there is a feedback mechanism between the two, and I’m hoping it reveals some new, rich physical phenomena and allows us to explain some previous experiments that are done in the presence of disorder.

Stephen Hughes: A significant part of our research is done in direct collaboration with leading experimental groups throughout the world, including groups in Denmark, France, Germany, Canada and the U.S.

This close interaction also allows us to develop and improve our models and it is extremely rewarding to be able to explain complicated data, and predict entirely new experiments and see these measured in the lab, often years later.

To carry out a successful research program in academia, it is also important to attract a top quality team of outstanding graduate students and post-doctoral fellows, and so far at Queen’s I have been quite fortunate in this regard.

Learning from your mistakes: Research from the Language and Cognition Lab

Kat Snelling played a lot of sports as a kid, and one mantra she heard over and over was, “Perfect...
View Learning from your mistakes: Research from the Language and Cognition Lab 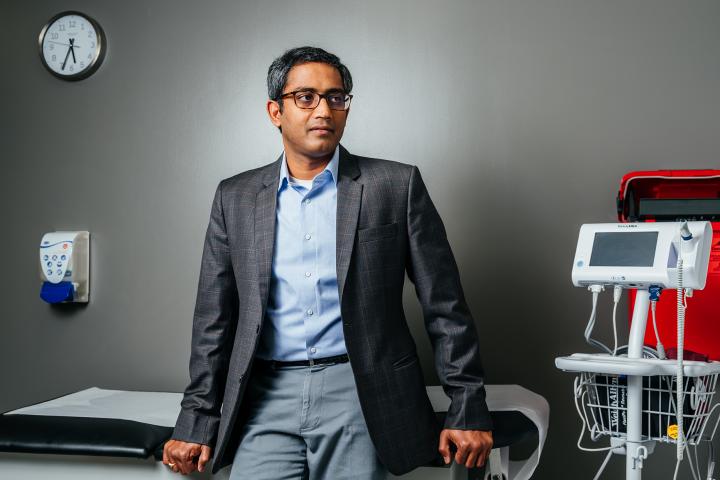 A toolkit to change lives

The pandemic-driven explosion in virtual health service has left many patients – especially older...
View A toolkit to change lives
Top