On April 3, Queen’s announced the naming of the Dan School of Drama and Music, in honour of Aubrey and Marla Dan and their donation of $2 million to the school.

“Queen’s is delighted to receive this remarkable gift from such a distinguished supporter of the performing arts in Canada,” says Principal Woolf. “On behalf of Queen’s, I would like to express our deepest gratitude to Aubrey and Marla Dan for their vision and generosity. This gift will help accelerate the momentum within the school and strengthen Queen’s position as a leading university for study in the performing arts.”

The donation will be endowed to allow investments in visiting professional instructors, scholarships and research. It also builds on the momentum within the Dan School of Drama and Music, following the opening of the Isabel Bader Centre for the Performing Arts and the ongoing development of new programs since the merger of the Department of Drama and School of Music last year.

The benefactors, Marla and Aubrey Dan, are Queen’s parents whose daughter is a graduate of the drama program. Mr. Dan is an accomplished businessman and philanthropist with a passion for the performing arts. He is also the founder of Dancap Productions Inc., a Tony Award®-winning commercial theatre company with international and Broadway production and investment credits, including Jersey Boys, The Drowsy Chaperone, West Side Story and A Streetcar Named Desire.

“As the father of a Queen’s Drama graduate, I saw first-hand the value of the education my daughter received at Queen’s,” says Mr. Dan. “More importantly, I saw that there’s tremendous potential in the School of Drama and Music. It is my hope that this donation will allow the school to reach new levels and become the pre-eminent school for performance arts education in Canada.”

In celebration of the naming, a special concert as held at the Isabel Bader Centre for the Performing Arts. Distinguished Queen’s Drama and Music alumni took the stage with Mr. Dan and faculty members to perform musical numbers from film, theatre and television.

Learn More about the Dan School of Drama and Music 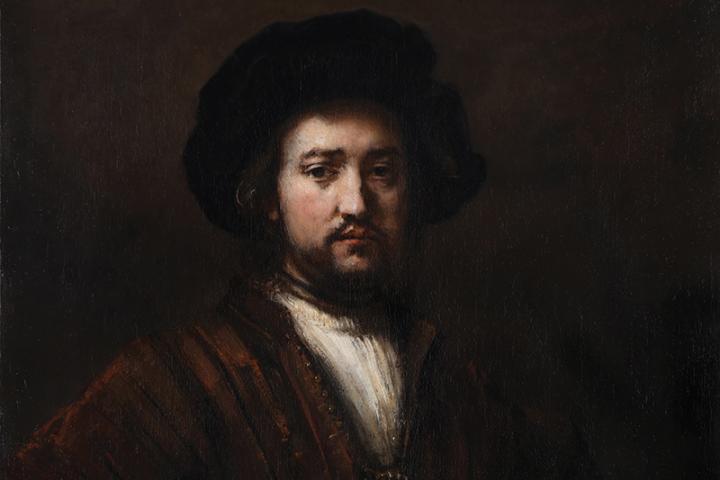 Rembrandt’s 1658 masterpiece went on view at its new home in the Agnes Etherington Art Centre at Queen’s University in late April. A recent gift of Drs. Alfred and Isabel Bader, and the third work by Rembrandt van Rijn to be added to The Bader Collection, the painting is one of the most significant portraits of the artist’s later career. Art historian Jacquelyn N. Coutré explores the story behind the portrait in terms of the evolution of Rembrandt’s painting technique and the triumph of the artist to overcome both personal and professional adversity. Dr. Coutré is the Bader Curator and Researcher of European Art at the Agnes Etherington Art Centre.
View Portrait of a Man with Arms Akimbo: The story behind the portrait 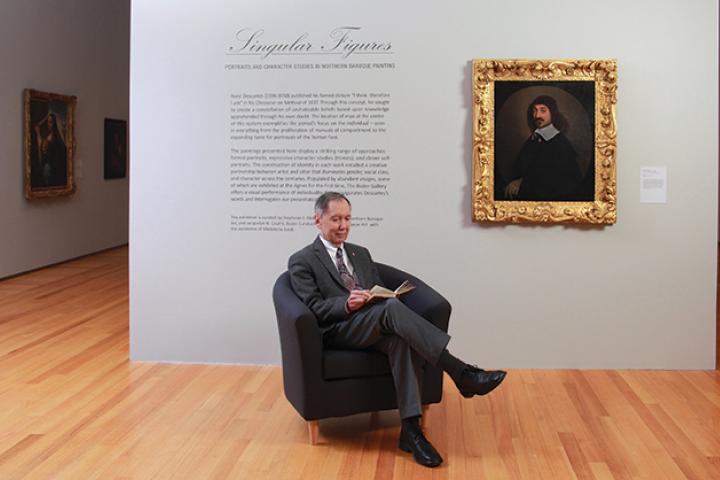