A new provost for Queen's

Professor Mark Green takes over the position of Provost and Vice-Principal (Academic) in March. A 1987 graduate of Queen’s (BSc in Mathematics and Engineering), Dr. Green also has a PhD (Structural Engineering) from the University of Cambridge, where he was a  Commonwealth Scholar. A professor in the Department of Civil Engineering, most recently he was also the Vice-Dean (Graduate Studies and Recruitment) at the Faculty of Engineering and Applied Science.

Dr. Green’s work focuses on enabling structures, such as bridges, to withstand extreme conditions, and more recently on sustainable engineering technologies. He also champions multidisciplinary approaches to academic endeavours. He has been cross-appointed to both the  Department of Mathematics and Statistics and the Faculty of Education.

Dr. Green, a member of the Mohawks of the Bay of Quinte, has an active interest in encouraging and supporting diversity and inclusivity throughout the university. He was the co-chair of the Queen’s Truth and Reconciliation Commission Task Force, as well as an adviser to the Principal’s Implementation Committee on Racism, Diversity, and Inclusion (PICRDI). He was also an adviser to the Dean of Engineering and Applied Science on the development of the Aboriginal Access to Engineering program.

The Queen’s Provost and Vice-Principal (Academic) is responsible for the development of the university’s budget and has oversight of academic affairs. 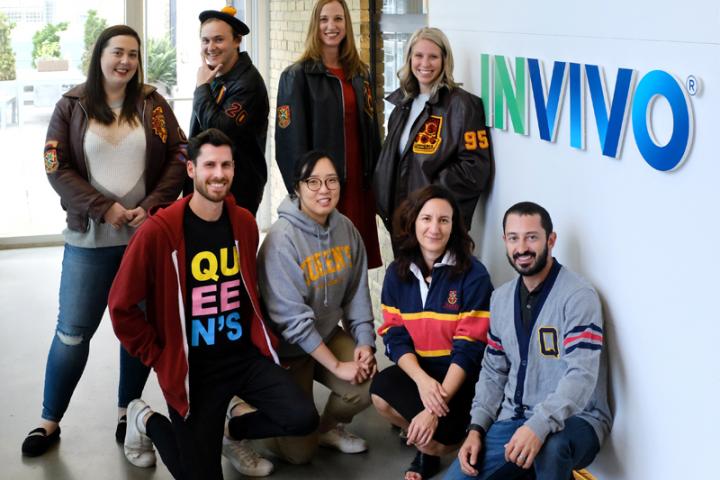 Sarah Collins, Artsci’08 (English and History). “As a member of the project management team, I am...
View A group update