The Honourable Jane Philpott becomes the first female Dean of the Faculty of Health Sciences at Queen's.

The Honourable Jane Philpott will serve as the university’s next Dean of the Faculty of Health Sciences and Director of the School of Medicine. Dr. Philpott is an accomplished family physician, educator, and global health champion, and is best known for having held several senior cabinet positions with the Government of Canada. She will be the first woman to hold this position at Queen’s University.

“Queen’s University’s Faculty of Health Sciences is among the top interdisciplinary institutions of its kind in Canada, excelling in education, research, and care,” says Dr. Philpott. “I am honoured to accept the role as Dean and look forward to serving the Queen’s community in upholding and strengthening its reputation for excellence.”

Elected as the Member of Parliament for Markham-Stouffville in 2015, she served in a number of prominent federal cabinet roles, including as Minister of Health, Minister of Indigenous Services, President of the Treasury Board, and Minister of Digital Government. She was a key leader of prominent policies and initiatives that advanced discovery research, mental health and home care resources, medical assistance in dying, First Nations rural infrastructure, Indigenous child welfare reforms, and refugee assistance. She currently serves as Special Adviser on Health for Nishnawbe Aski Nation, an organization representing 49 First Nation communities across Treaty 5 and Treaty 9 in northern Ontario.

Prior to entering politics, Dr. Philpott spent over 30 years in family medicine and global health. After earning a Doctor of Medicine from the University of Western Ontario, she spent the first decade of her career in Niger, West Africa, where she provided clinical care to patients and training to community health workers.

Returning to Canada in 1998, Dr. Philpott spent the next 17 years practising family medicine in Stouffville, Ontario. In 2008, she joined the University of Toronto’s Faculty of Medicine and became Chief of Family Medicine at Markham Stouffville Hospital. She also founded a campaign that raised close to $5 million for people in Africa affected by HIV/AIDS, and helped to create the first family medicine training program in Ethiopia.

“I want to express my deepest appreciation and gratitude to Dr. Reznick,” says Tom Harris, Interim Provost and Vice-Principal (Academic). “His contributions to Queen’s University made throughout his ten years as Dean have lifted our institution’s reputation to new heights, to the benefit of our students, our colleagues, our community, and to health sciences in Canada.” 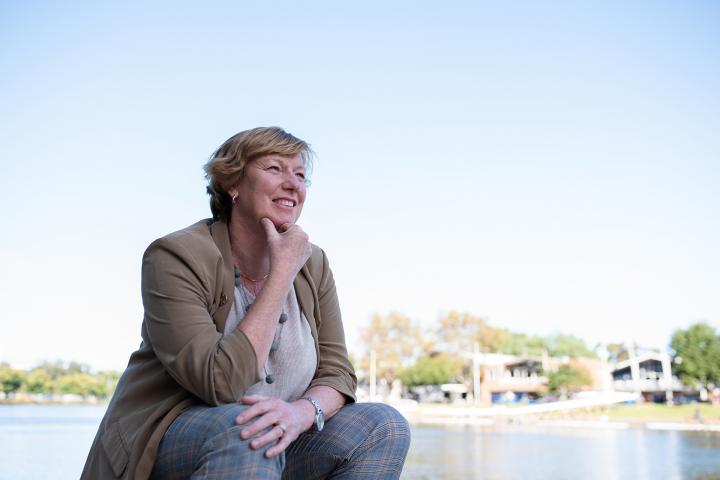 Women, water, and working together