In his recent book, Planet Canada, John Stackhouse estimates there are about two to three million expatriates around the world. This is a significant number: when looked at collectively, they should, he argues, be considered Canada’s “eleventh province."

One of the country’s leading thinkers and writers on innovation, economic disruption, and the future, Stackhouse explores the intricacies of our expat community and its global presence and influence. Through profiles of dozens of people making important contributions to the world in the areas of business, technology, diplomacy, the arts, health, science, and more, his book argues that Canada needs to be doing more to engage this powerful group to advance not only our country’s interests but also achieve a global greater good.

Q.There are so many stories in your book about successful Canadian expats who are making remarkable contributions to the world. Could you describe some of the characteristics of these Canadians and what makes them special?

A. It certainly takes a degree of courage to leave one’s country, especially by choice. They also are exceptionally good at what they do and for some that’s why they left; they had to compete on a global stage. They need to come to grips with their Canadian identity when they don’t have other Canadians around as they may not have the kind of beliefs and myths that communities develop and live by. They have had to prove their own Canadian identity to themselves.

Q One of the big ideas in your book is that Canadian values are something the world needs right now. Why do you think that?

A. The world is more divided and facing a great number of increasingly complex challenges from climate change to mass migration to the coronavirus. The idea of mutual accommodation – of accepting and bridging differences – is going to be critical to global prosperity in the decades ahead. Through my research, I’ve found that Canadians are very good at mutual accommodation. We listen, we have empathy, and we’re curious. We’re also very good at networking, and I don’t mean that in the business sense. It is about connecting people and that is an extension of mutual accommodation. Global networks are going to be more and more powerful as we get deeper into a digital age. We’re seeing that currently through the climate and Black Lives Matter movements, networks that may be more powerful than governments and institutions. So, for Canadians, this is an enormous opportunity.

Q. You finished writing this book long before the pandemic hit, so I’m curious to know what your ‘pandemic postscript’ of the book would be?

A. I think we can see opportunity for Canada through the lens of expats and we should be looking to Canadians who are working in all sorts of health organizations and networks globally. If you look at the World Health Organization, for instance, there are Canadians working there in disproportionate numbers. Our challenge is that we don’t see them, we don’t reach out to them, and we’re not working with them. So, when we’re looking at a vaccine or treatments or working with the international health community, we’ll work with those global health organizations but, we’re not really activating the Canadians in those organizations.

Q. One of the key points in your book is that as a country we are not doing enough to take advantage of our expat community. What is the message you’d like policymakers to take from this book?

A. First of all, to recognize that we have this eleventh province and to start to work aggressively with them to enhance Canada’s place in the world and ensure the country benefits from that. We are shrinking as a country in terms of our global share of everything. And this expat community is a super force for us. They want to work for Canada – that came through loud and clear. But we can’t just call them once every few years; we have to build a relationship, build networks, and invest in those networks and then let them take us to places that we may not have thought of. So, it’s a very different kind of global mindset. Besides that mindset, there are policies, especially around passports and taxes, that we need to address. I hope we can come to grips with those, be transparent about it, and get on with having a more robust global community.

Q. One thing I noticed in the book is that a large number of expats profiled were Queen’s grads. What do you think Queen’s can do to better engage and mobilize its expat alumni around the world?

A. It was coincidental, not intentional, that there were so many Queen’s grads in the book and I think that’s just a factor of Queen’s punching above its weight in terms of putting people out on the world stage. I appreciate that the Queen’s alumni network is pretty advanced and sophisticated and is something the country should be modelling. When I look at other alumni networks that have been strong with expats I see them building true community that is not driven primarily by fundraising. It’s about building a community that has a purpose – one that is central to the university – and carrying that purpose into the world.

Q. Your career path has seen you in leadership roles in the country’s top newsrooms, boardrooms, and classrooms. How has your Queen’s experience helped you along the way and helped you write this book?

A. Universities at their best help you strive for a higher purpose. It’s not just about what you’re studying. You go to university or college to develop your personal skills and social skills but also to be unshackled from much of your upbringing to transition into adulthood and see yourself on a higher plain. One of the things I think Queen’s is spectacular at is the volunteer spirit. Probably the best part of my education was helping to put out The Journal. It was a crash course in far more than journalism. It helped me think and certainly fumble a lot and that’s really important for campuses to have a safe space where you can fumble. Queen’s provides those opportunities and that testing ground where you can develop those skills but also gain a greater appreciation of that purpose in life beyond a job. That led me to what I’ve done in different ways, whether that’s in journalism, book writing, or to what I’m doing now at RBC. It’s all part of that purpose I developed at Queen’s in wanting to contribute to an active public understanding and public conversation about our country and its place in the world.

John Stackhouse’s previous books are Out of Poverty: And Into Something More Comfortable; Timbit Nation: A Hitchhiker’s View of Canada; and Mass Disruption: Thirty Years on the Front Lines of a Media Revolution. Since 2014, he has served as senior vice-president in the Office of the CEO at Royal Bank of Canada, as an adviser on economic, technological, and social change. Previously, he was editor-in-chief
of The Globe and Mail and editor of Report on Business, and, for most of the 1990s, a foreign correspondent for The Globe in Asia. He is a senior fellow at the C.D. Howe Institute and University of
Toronto’s Munk School of Global Affairs and a member of the Queen’s Board of Trustees.

John Stackhouse discussed his book at Kingston WritersFest in the session “Our Canadian Values: Can They Heal the World?” 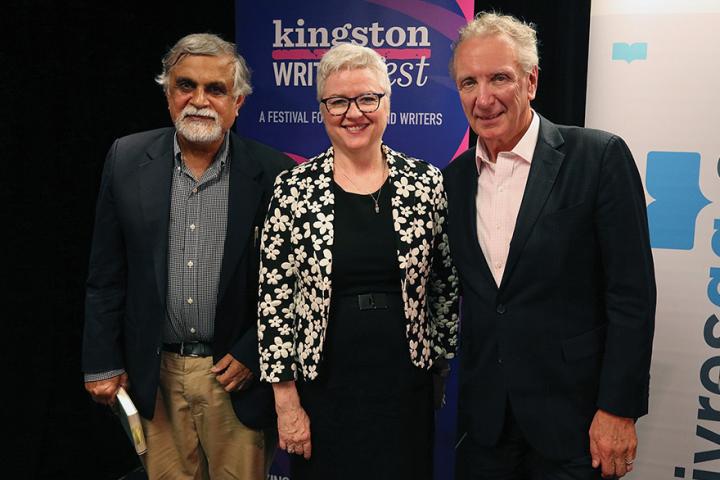 For Barbara Bell, Artsci'79, MTS'98, it all began in 2009 as a volunteer opportunity to help grow a...
View Kingston WritersFest 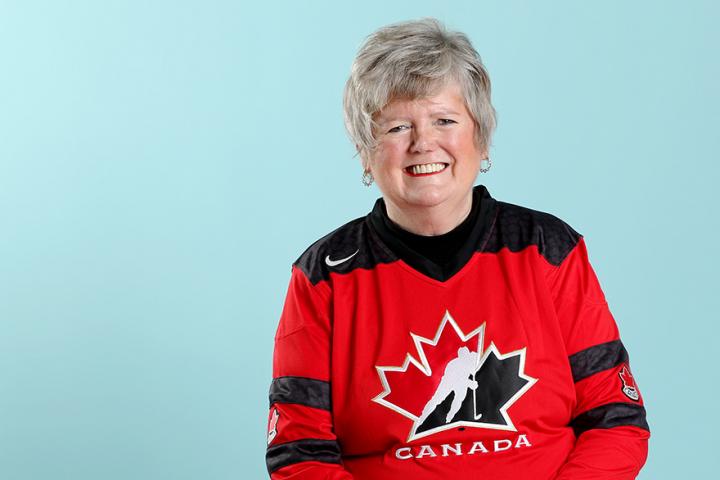