Queen’s alumni named to Forbes 30 Under 30 list for trailblazing work with technology developed during their university years.

When mine tunnels collapse, they can trap dozens of people underground. This can often be prevented by reinforcing tunnels, but if structural weaknesses go unnoticed, the consequences can be catastrophic. That’s where Matt Gubasta (Artsci’17) and Shelby Yee (Sc’16) come in. Their company, RockMass Technologies, helps mining companies better assess the risk through a data collection unit called the Axis Mapper.

They compare it to a point-and-shoot camera for structural geological mapping. With sensors to collect data about the features of a rock face, the unit can orient itself relative to the surface it is scanning. So it works underground, where GPS doesn’t.

The RockMass co-founders were named to the 2021 Forbes 30 under 30 list in the manufacturing and industry category, which celebrates dynamic young entrepreneurs.

And the company’s roots are at Queen’s University.

The technology the Axis Mapper uses was developed in the Mining Systems Laboratory, and Ms. Yee learned of it during a Queen’s Innovation Centre networking event at the Grad Club, just off campus.

As a geological engineering graduate, she immediately understood its potential.

“During my undergrad, I did a lot of manual structural mapping – with a pen, paper, and a compass. You always feel like you need five sets of hands and 10 times as much time,” says Ms. Yee.

“The Axis Mapper does it with the push of a button.”

In collaboration with the mining systems laboratory, Mr. Gubasta and Ms. Yee began to explore the commercialization opportunity. The Queen’s Innovation Centre Summer Initiative helped them bring it to fruition.

“They surrounded us with people who were trying to start a business and provided a network of experienced entrepreneurs,” say the co-founders.

“We learned that people want to help. When you reach out to someone for their expertise, they usually try to make time. That lesson has served us well.”

When Ted Fleming, Sc’00, launched a Kickstarter campaign for his non-alcoholic craft beer company in...
View Engineering a new brew 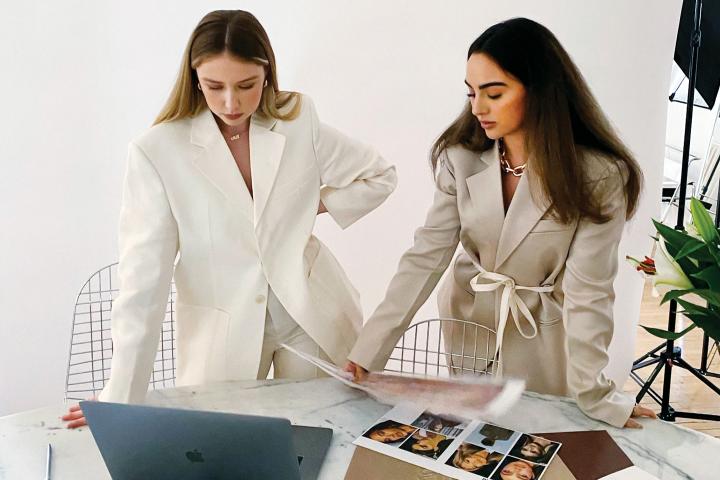 Not that long before Adrien Bettio and Hyla Nayeri were hanging out on the Forbes 30 Under 30 list...
View Against the current
Top