Five on the rise

The newly awarded research chairs will provide five years of support to researchers in fields as diverse as plant immunology, humanitarian health equity, and labour practices in African cities.

Africa is rising – and urbanizing rapidly. Over the past decade, domestic businesses have grown and foreign ones have set up shop. In cities such as Lagos, Nigeria, modern office towers house banks and corporate offices. Youth are a majority of the population, and there is a need for a critical understanding of the relationship between youth, labour, and urban transformation.

“I’m interested in how workers are negotiating this and examining the investments they make in themselves.” Dr. Adeniyi-Ogunyankin was awarded a Social Sciences and Humanities Research Council Canada Research Chair to better understand youth labour practices in Nigeria and possibly Kenya.

Nigerian workers’ rights were updated in 2004 with a comprehensive labour act that enshrined minimum wage, pension, and paid leave. Yet workers remain vulnerable.

“Some women encounter demands to engage in aesthetic labour,” says Dr. Adeniyi-Ogunyankin, “to ‘look good’ and ‘sound right’ to cater to heterosexual desirability as a way of attracting clients.

Failure to do so could result in ostracization at work or employment termination.”

There is both extraordinary wealth and extreme poverty in Lagos, and Dr. Adeniyi-Ogunyankin is exploring the interplay between them.

Satellite images of retreating glaciers are symbols of Earth’s changing climate. To track glaciers’ retreat, glaciologists conduct research in some of the most remote locations on the planet.

“Glaciers make an easy visual for communicating climate science, but a lot of people don’t know what goes into making measurements of glacier change,” says Laura Thomson, an assistant professor in the department of geography and planning, who was awarded a Canada Research Chair in integrated glacier monitoring practices.

Relative to other regions, Canada’s Arctic glaciers have been understudied, but there are records that can help Dr. Thomson understand changes that have already occurred.

“We want to push our understanding of glacier change back in time," she says. “We’ll work with historic photos and maps to study changes over the decades.”

The study will also collect data about the impact melting glaciers could be having on Arctic ecosystems.

“We want to understand how glacier runoff could affect the volume and quality of water reaching the Arctic Ocean. It’s been really rewarding to make connections with oceanographers who study ocean circulation and coastal ecosystems and see our research contribute to the work of others.”

Women experience war differently than men do, and their full participation in peace and security efforts is critical to forging lasting peace.

In October 2000, the United Nations Security Council passed Resolution 1325, which recognizes the important role women have in preventing and resolving conflicts. The Women, Peace, and Security Agenda grew out of that resolution and, 20 years later, has catalyzed changes in how peace and security organizations approach conflicts. But each organization has charted its own path.

“When sexual violence is used as a war tactic, women are disproportionately targeted, while men represent the majority of combat deaths. These different experiences should inform conflict analysis and response. Yet in the past, interactions between multinational contingents and host societies were often limited to male members of the military talking to male members of local security forces or host communities,” she says. “You can’t do counterinsurgency, capacity building, or nation building by only talking to half the population. Inclusive security delivers better results, but it is a slow process of change.”

An associate professor in the department of political studies, Dr. von Hlatky was awarded a Canada Research Chair in gender, security, and the armed forces. She will examine how organizations such as NATO, the UN, and the European Union have implemented the Women, Peace, and Security Agenda.

“There is recognition that women weren’t being included, and it’s been a revolutionary shift in how these organizations do business, recruit, and deploy resources. This project will take stock of this shift and compare how organizations have rolled out this agenda."

Plant diseases can be catastrophic for farmers. Like drought or severe weather, pathogens can destroy an entire season’s crop.

“It is an Achilles heel of major agricultural production,” says Dr. Jacqueline Monaghan, an assistant professor in the department of biology.

“Monoculture farming allows for increased efficiency and production, but you have a field of genetically identical material that can easily be overcome by disease. Microbial pathogens can evolve much faster than plants, and adapt more easily to environmental changes. Fields with a single crop are a kind of sitting target.” Dr. Monaghan was awarded a Natural Sciences and Engineering Research Council Canada Research Chair in plant immunology to research how plants defend themselves against pathogens.

“All organisms battle pathogens every day,” she says. “We study genes involved in the immune responses of plants.”

Understanding these processes at a cellular level could enable the use of genetic editing tools or molecular breeding to modify plant genomes precisely so they produce the proteins necessary to fight disease. This could help prevent crop failures and reduce the need for pesticides that currently keep pathogens at bay.

“We want to understand how cells respond to pathogens. We study how immune proteins work together to clear infection,” says Dr. Monaghan.

More than 80 million people have been displaced by conflict, insecurity, and natural disasters. That’s roughly one of every 100 people on Earth.

Most displaced people are women and children, and Dr. Susan Bartels has been awarded a Canadian Institutes of Health Research Canada Research Chair in humanitarian health equity to study the social determinants of health for these groups.

“This type of research often takes place in difficult socioeconomic and geopolitical situations with limited infrastructure,” says Dr. Bartels, a practising physician and associate professor in the department of emergency medicine.

“Traditional methods of data collection can take too long and can be methodologically challenging in these contexts. I want to bring rigour to collecting evidence that can inform policies and programs for affected women and children. To do that, we need to use innovative methods.”

Dr. Bartels has ongoing projects in Lebanon, Haiti, and the Democratic Republic of Congo and will also study the displacement of Venezuelans across three countries in Latin America.

“There can be a tendency to focus on how many refugees have been resettled, but there are millions of others left in very challenging situations, and they don’t get emphasized as much,” says Dr. Bartels.

“When people live in precarious circumstances, without access to health care and education, and you layer forced displacement and insecurity on top of that, it greatly exacerbates health risks. Mitigating those risks is the focus of my research.” 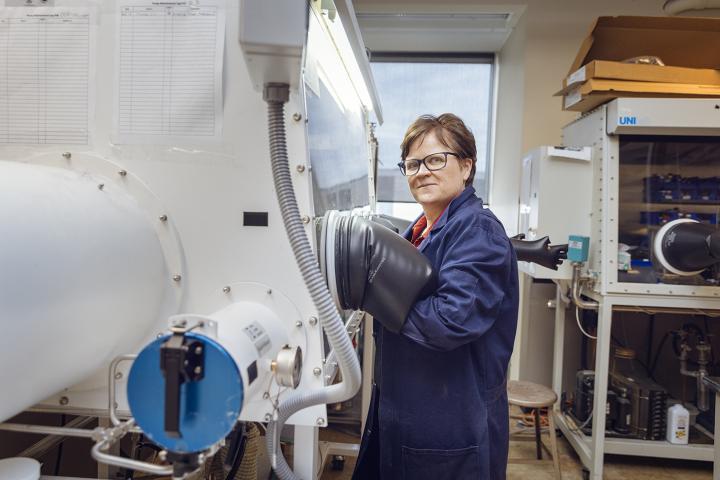 It is a truth universally acknowledged that a metal exposed to the weather must be in want of a...
View The aha moment 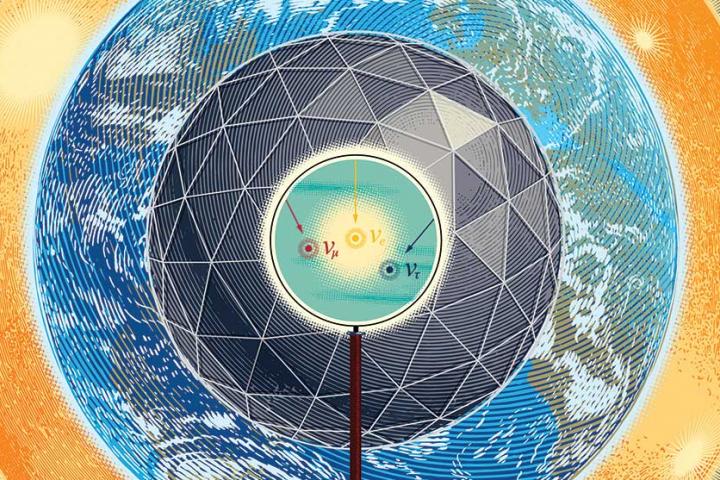