Inspired by the Fowler Herbarium, celebrated author Helen Humphreys goes back in time on a personal journey to a lost world.

Helen Humphreys was exploring the Queen’s collection of tens of thousands of carefully preserved plants, some dating back more than two centuries, when a scent like a Christmas tree hit her.

“A 150-year-old pine still smelled like a pine,” she recalls. And as she searched through dried and labelled plants of all kinds, she noticed that “a lot of things still smelled like they smelled when they were alive – things like ginger” and other aromatic plants. “The whole pine cabinet just smells like a pine forest, which is incredible. And pussy willows were still soft 100 years later.”

Even samples of grasses looked as though they had just been picked, she says.
“It taught me a few things about life and death.… Even though something is technically dead, what does that even mean?”

Ms. Humphreys, a novelist and poet, is a former writer in residence at Queen’s who now teaches a course in creative writing. She was exploring plant specimens at the Fowler Herbarium, part of the Queen’s University Biological Station on Opinicon Lake. It’s a storehouse of 144,000 plant specimens, which are pressed flat, mounted on backing, and kept in metal cabinets.

Ms. Humphreys calls it “a plant library,” and she recently spent a year there, doing research for her new book, Field Study: Meditations on a Year at the Herbarium.

“I’m not a botanist. I didn’t actually go to university at all,” she says. “I’m very interested in nature, and I write about nature. I was looking for a way to talk about people in nature through time, and the herbarium seemed like a perfect little crucible to examine this.”

It was a personal journey.

“Increasingly in my own life, and especially as I get older and have incurred losses as we all do, nature becomes more important to me,” she says. But nature itself suffers losses – through climate change, through extinctions. She was trying to reconcile her growing reliance on nature with the fact that “nature is under attack from humans.

“So, I thought: would I find any answers if I looked back in time?” And the herbarium, with collections that go back more than 200 years, was her conveyance. She spent a couple of days a week there for about a year in 2018–2019, examining thousands of specimens.

She made notes: “What were these collectors doing? Who were they? How was nature revered, regarded? What nature were they collecting?”

Starting with ferns (plants that evolved early in Earth’s history, long before the dinosaurs), she kept on through the whole collection, following the order of evolution.

Each specimen’s label tells who found the plant, and when and where. This relationship between collectors and plants drew her in.

Some added personal touches, she says: “One collector… would write lengthy, page-and-a-half descriptions of what the day was like and what happened. He sometimes put dialogue in” from his companions in the field, and added photos. “So there are these little essays about the particular day when he went to get a cone off a pitch pine.” This opens a window into the lives of the people who tramped through forests and swamps to preserve a record of what grows (or once grew) in our country.

At least half the collectors were amateurs, often self-taught.

One British visitor to Canada hired an Algonquin translator who helped him record the Algonquin names for what he found. These are on the specimens’ labels.

As with any long project, she says, she had wonderful moments “and other moments where you think: What am I doing? Why am I looking at 144,000 plants?” But she got through it.

The book is illustrated with her own drawings and also scanned images of the plants, made by the herbarium. But Ms. Humphreys says no image can equal the feeling, texture, and smell of an actual plant from the past. As well, modern science can return to old specimens for DNA samples. She believes the early collectors would be thrilled.

Ms. Humphreys is working on her next book, a memoir about dogs.

An excerpt from Field Study: Meditations on a Year at the Herbarium

The autumn leaves floating down over the field look like brightly coloured birds falling to earth. We have just left the pine wood and are on the path that my walking companion calls Carnage Alley, because there are often feathers, or blood, or bits of dead animal on this route. The victims of coyotes, perhaps, or the owls that hunt above this field at dusk. Easier to catch something in the open than in the tangled wrack of forest trees, and even now there is a northern harrier skimming the tops of the asters and milkweed. We always consider it lucky to see the harrier, so we stop to watch its low, silent glide. It seems otherworldly, an owl’s head on a hawk’s body, the elegant drift of its hunger.

This place of woods and meadow and marsh is paradise. My paradise. Where I walk every day, all through the seasons. It always seems to be teeming with wildlife and plant life, but things have changed even in the handful of years I have been coming here. Now there are deer ticks on all the forest paths and in the open fields. The toxic wild parsnip is creeping through the meadows, and an invasive feathery reed, phragmites, is choking out the wetlands. The bobolinks and meadowlarks, who used to be plentiful every summer, are now virtually non-existent.

Habitat loss, pollution, climate change, human overpopulation and encroachment — these are some of the main reasons for the decline and changes to ecosystems. Much of the damage is irreversible, and the prognosis for the future is grim. And yet, I believe there is still a profound need within human beings to connect to the natural world.

How to reconcile these two things?

Increasingly, this morning walk I take through the woods and fields with my dog and a friend has become crucial to my physical and mental health. Without it, I have difficulty handling all the stresses of this world, and all the losses that have occurred in my own life.

I am interested in exploring this relationship, to write from a place that doesn’t look away from the environmental changes wrought by humankind and that also celebrates the connections that still exist between people and nature.

To do this, I have chosen to concentrate on the phenomenon of the herbarium. These libraries of
dried plant specimens — some hundreds of years old — seem the perfect crucible in which to examine the intersection of human beings and the natural world through time. Each herbarium specimen is mounted on a sheet of paper with a label affixed by the collector, providing details of the plant and the location where it was found, but also including information about the person who preserved the plant. In this way the herbarium becomes a place, a landscape if you will, where the experience of people connecting with nature is revealed. I cannot think of another place where it is possible to look into the past and see the moment an orchid was plucked from the forest floor or a willow frond was cut from a branch. A visit to the herbarium is an exquisite kind of time travel. And by learning more about the intersection of people and nature in the past, I hope to gain some understanding of where we can go from here. 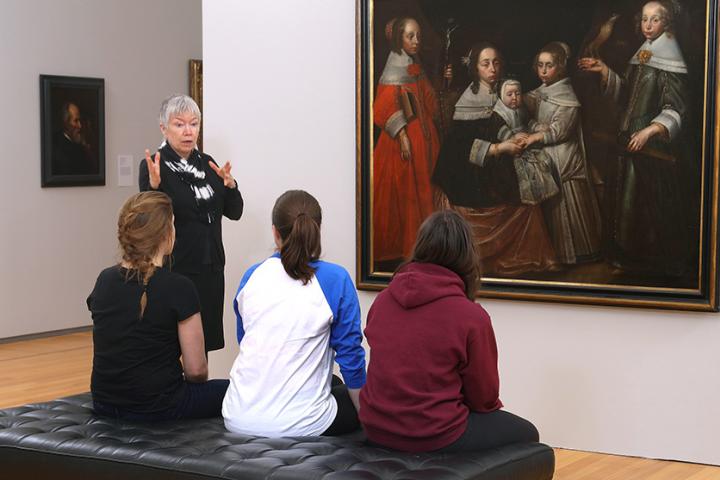 The art of observation

In this issue, students and professors explore the paintings from The Bader Collection on display at...
View The art of observation 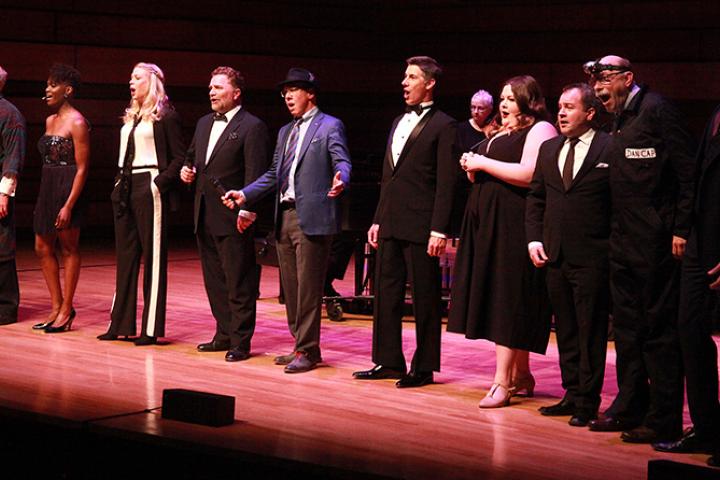 On April 3, Queen’s announced the naming of the Dan School of Drama and Music, in honour of Aubrey...
View Taking centre stage
Top