Reaching for the stars

Simon Huck (Artsci’06), the public relations guru to the hottest names in Hollywood

Simon Huck (Artsci’06) is the owner and president of Command Entertainment Group, a New York-headquartered public relations firm that orchestrates partnerships between some of the world’s biggest brands and best-known celebrities.

My whole life, I’ve been a super fan of all things celebrity. I would watch red-carpet events like the Grammys and the Oscars and wonder what the managers and agents did – what this whole world was about. But I had no connection to the entertainment industry, and it all felt so other-worldly. What I did have was a subscription to US Weekly magazine, and while I was a student at Queen’s, I read an article about a famous publicist named Lizzie Grubman. It was a nothing article, but I was fascinated. I googled her agency, and started calling them every single day. I told them that I would work for free. That I would get coffee. And that I was moving to New York City, which wasn’t true.

Eventually, the agency agreed to meet with me, but when I showed up at the offices of Grubman/Cheban Public Relations, they didn’t even remember speaking to me.

I’d never had a job before, but from the second that I set foot in there, I knew this was what I wanted to do with my life. Lizzie was doing an MTV show called Power Girls at the time, and a camera crew filmed my interview. I thought I had ‘made it’ just to be there. They let me be an unpaid intern, two days a week. And I called my parents to tell them I got a job. But that wasn’t true either.

On my first day, I showed up at 7 am – and skipped on the way because I was so excited. Within days, I was working red-carpet events, surrounded by some of the biggest celebrities in the world. It was so surreal. I was sleeping on my best friend’s sofa, but I would have slept in a tent just to be there.

One of my first assignments was a party hosted by Sean Combs, a.k.a. Diddy. Every year, he hosted a White Party at his house in the Hamptons. It was a major social event, and the invitation said ‘white on white on white, no excuse.’ Someone had to turn away guests who weren’t wearing white, and that someone was me. A team of us hid out by the gate, and told celebrities they couldn’t wear their red shoes or tan pants. I had to be assertive, but I also could not alienate them. These are skills I still use every day.

Eventually, Lizzie’s agency hired me, and later, I launched my own firm – the Command Entertainment Group. But I learned assertiveness from my early mentors and how to have confidence, even when you are not sure of yourself. With time, you do become more confident, but that took a decade for me. I felt like an imposter at first, but at a certain point, I learned that everyone in this industry is – in the best possible way – kind of faking it a little bit.

At Command, I negotiate celebrity branding deals – we do everything from TV and print campaigns to social media influencer partnerships. I use assertiveness in every area of negotiation, but the relationships are extremely important, too. If you develop a great relationship, clients in our industry stay with you for life. Negotiations are like a marriage, and it can be a stressful one. It isn’t like negotiating for a car or a home. This is a person, and each person is different. They’re going to feel comfortable with certain things and not comfortable with others. 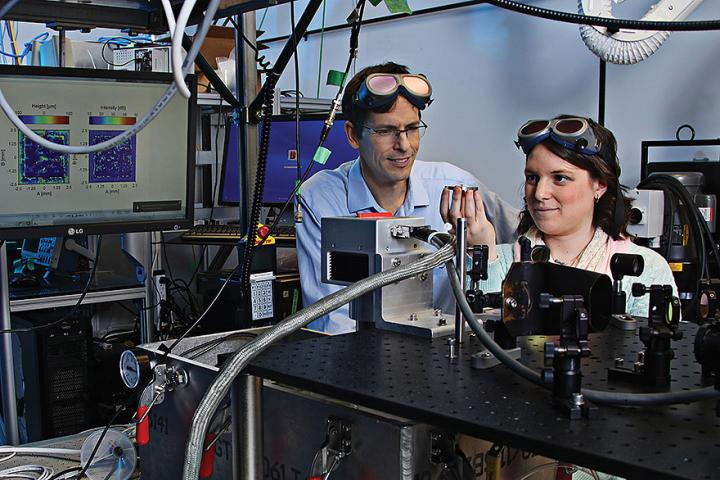 With the world’s attention on Queen’s physicist Dr. Art McDonald after he received the Nobel Prize...
View Laser solutions (for future technologies)

Alfred Bader’s POW shirt is part of an exhibit that tells a story of forced migration – and refuge at Queen’s.
View Threads of history
Top