The house at 18 Barrie St. is a Queen’s landmark, a pre-Confederation home with antebellum romance in its distinctive façade. Home to generations of a prominent Kingston family and lovingly restored after being deeded to the university in 1994, 18 Barrie is now home to offices of the dean of Queen’s Health Sciences.

The house enjoys exclusive views of City Park, Macdonald Park, and the St. Lawrence River. It was where Canadian Medical Hall of Fame physician Peter Macklem (BA’53) grew up and where current Bank of Canada governor Tiff Macklem (Artsci’83) visited his grandmother as a child.

But for Ian Szlazak (Artsci’74) in the early ’70s, 18 Barrie was the student digs he shared with two older ladies, a grand home with a faded elegance just a quick stroll to class.

Mr. Szlazak had come to Queen’s from Saskatchewan in 1970 and spent his first year in residence at the recently built Gordon-Brockington House. Second-year students, however, were strongly encouraged to move out. For most undergrads, that meant finding a house within the University District with lots of friends, relatively few rodents, a modicum of insulation, and a living room big enough to host a decent get-together. Not so Mr. Szlazak.

“I’m still maybe not the most extroverted person in the world,” says Mr. Szlazak. “I was kind of a serious student and didn’t have any close friends that I was going to board with.”

He doesn’t remember how he heard of the room at 18 Barrie. But he does remember meeting with its septuagenarian owner and her elderly housekeeper before taking the room. “This lady was looking for [a boarder], but only for one,” says Mr. Szlazak.

The “lady” was Katherine Bermingham Macklem, niece of Kingston locomotive tycoon Cornelius Bermingham and his wife, Sarah. “Uncle Con and Aunt Sally,” as Mrs. Macklem called them, purchased the 1862 house in 1905 and renovated it, adding the pediment and massive columns that distinguish it today. The house passed to Mrs. Macklem in 1937. By then, she had been married for 10 years to Oliver Tiffany Macklem (Tiff to his friends), a professor at the Royal Military College of Canada.

After Tiff’’s death in 1959, Mrs. Macklem rented some of the home’s rooms to students, according to the Queen’s Encyclopedia. By then her son, Peter, had become a doctor and her boarders were almost exclusively medical students. Mr. Szlazak, an arts student, was apparently a latter-day anomaly.

Mr. Szlazak would later become a labour and employment lawyer and enjoy a successful career as a mediator and adjudicator. But in September 1971, he was a teenager moving into a high-ceilinged front room on the second floor of an imposing home. He remembers 18 Barrie as “a grand old house,” and his bedroom was no exception: it had a four-poster bed, a bureau, a night table, and a massive antique desk, “one of those deep desks that you sort of insert yourself into.” It also had a private bathroom.

“It was far nicer, palatial almost, compared with what some of the [other undergrads] were living in,” Mr. Szlazak says.

His elderly roommates precluded the usual student shenanigans, which suited Mr. Szla-zak just fine. “It made it a pretty tame place to live. I wasn’t having ‘chicks’ in or partying. But I wasn’t that kind of guy at that point.”

One of his enduring memories of 18 Barrie is of entering its grand panelled foyer after a night at Douglas Library or the student pub “to be greeted by Mrs. Macklem, parked in her living room chair in front of the television news, sipping her Dewar’s.”

Mr. Szlazak didn’t know much about the home’s history before reading a profile of his former landlady’s grandson, Bank of Canada governor Tiff Macklem, in the Spring 2021 edition of the Queen’s Alumni Review. The article also revealed his old lodgings’ repurposing by the university. It tickles him to think that the dean of Queen’s Health Sciences, former federal Minister of Health Dr. Jane Philpott, now does business just down the corridor from where he crammed for exams.

“It wasn’t a hip place to live” at the time, says Mr. Szlazak. But its history makes for a good story now. 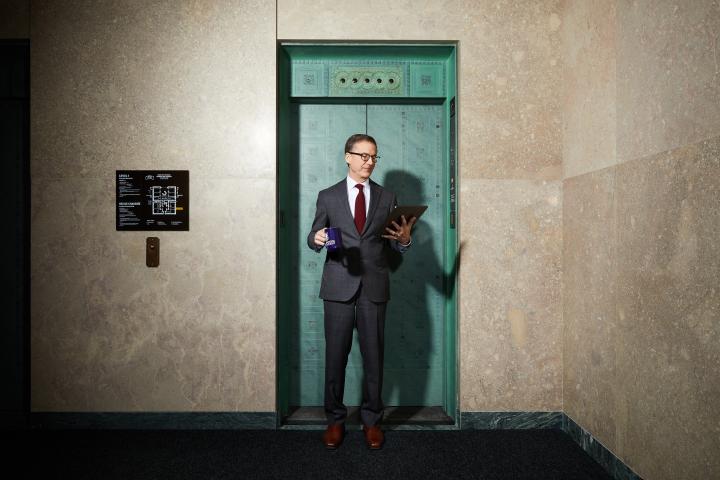 When Tiff Macklem (Artsci’83) started his new job as governor of the Bank of Canada in June 2020, it...
View Crisis Management
Top