Dan Horbal, Sc’03, loved waterslides as a kid and, after Queen’s, he found a career where he could design, build, and, most fun of all, ride them.

“I am passionate about waterslides,” Mr. Horbal says.

He’s travelled the globe thanks to this passion. Projects have taken him to China, Korea, Australia, the Bahamas, and multiple spots in Europe, the Middle East, and the United States.

“I loved Lego growing up and now it’s like I get to do it for a job,” he says from Qatar, where he was living at the time of this interview.

Mr. Horbal grew up in Oakville, Ont., and was a frequent visitor to waterparks and amusement parks in that part of the province. A high-school assignment to build a model rollercoaster helped inspire him to pursue engineering.

He arrived in Kingston in the fall of 1998 and, before long, the engineering faculty felt like a family, he says.

“Everyone wants to help you, everyone wants you to succeed as well,” he says. He and his classmates worked hard, pulling all-nighters to get assignments done, but they had plenty of fun, too.

Some of that fun came from carrying out elaborate pranks around campus. Like the time they got hold of a bus, made it look like it belonged to Corrections Canada and faked its crash into a building, back doors swung open to frighten students that convicts from Kingston’s notorious prisons were on the loose.

Mr. Horbal played hockey on intramural teams and played bass in a band – Hector the Bad Hombre – with other Queen’s students. They often performed at Clark Hall Pub. They even recorded an album.

Not destined to become a rock star, however, he headed to Ottawa after graduation and moved in with Queen’s friends Ryan Munden and Ian Munro, both Sc’02.

He kicked off his job search and, to pay the bills in the meantime, he took a rather unusual position for a mechanical engineering graduate: cheese salesman. Mr. Horbal worked at the House of Cheese, in Ottawa’s ByWard Market, and he admits he gained a few pounds while doing so.

Next, he took a landscaping job, to help shed those pounds. All the while, he had his sights set on getting hired at a waterslide company called ProSlide.

“That was the job I really wanted,” Mr. Horbal says. “I kept calling, kept calling.”
Finally, a position opened and he got it. He dove into his waterslide work as a project co-ordinator.

He’d pore over design drawings and figure out how to build the slides. He’d write assembly manuals and send them out to the crews in the field. When something went wrong, they called him, and he’d troubleshoot.

“I just couldn’t get enough of it. It was like a new puzzle every time I got a new project,” he says. “I loved it.”

But in 2012 he was bitten by a travel bug and the cure was a sailing sabbatical of a lifetime. With friends, including Alex Moret, Sc’02, Mr. Horbal embarked on a year-long nautical adventure. The crew began in St. Maarten, sailed down the Panama Canal, and travelled across the vast Pacific Ocean to Australia.

They island-hopped around the Caribbean, cruised down the Panama Canal, and sailed across the vast Pacific Ocean until they docked in Australia.

“It was one of the best years of my life,” Mr. Horbal says. “It was an unbelievably fulfilling experience.”

Upon his return to work, he learned more about the installation side of projects and opened new waterparks. His added responsibilities took him to China for the first time and included testing the rides.

“I’d set up the waterslide and then I’d send myself down it,” he says. “It was extremely fun.”

He loved the exhilaration, and thought to himself, “I get paid to do this? This is unbelievable.”

But the thrill of being the first one down a newly built ride does come with some apprehension, he acknowledges.

So far, that trust has paid off, and he’s never been injured.

Mr. Horbal, who now works for another Canadian-based waterslide company called WhiteWater, says he feels the pressure to not only ensure a slide is safe, but also fun.

“You want them coming out feeling like that was amazing and they want to go again,” he says.

While living away from family and friends in Canada is hard, he says he loves being on construction sites around the world and witnessing the designs come to life, one bolt at a time. There are apparently a lot of bolts that go into holding a slide together.

“After 17 years I still get new problems to solve, I learn new techniques to solve them and gain new skills in the process,” he says.

He’s thrown himself down hundreds of slides over those years, and yes, he does have some favourites.

The ones where you stand in a capsule, the floor suddenly drops out from below you, and you’re instantly hurtling down a steep slide? That’s a good day at the office for this Queen’s grad.

When she graduates with her degree in geological engineering, Mariem Tahra Abdou Ahmed Labeid won’t...
View The Queen's international experience 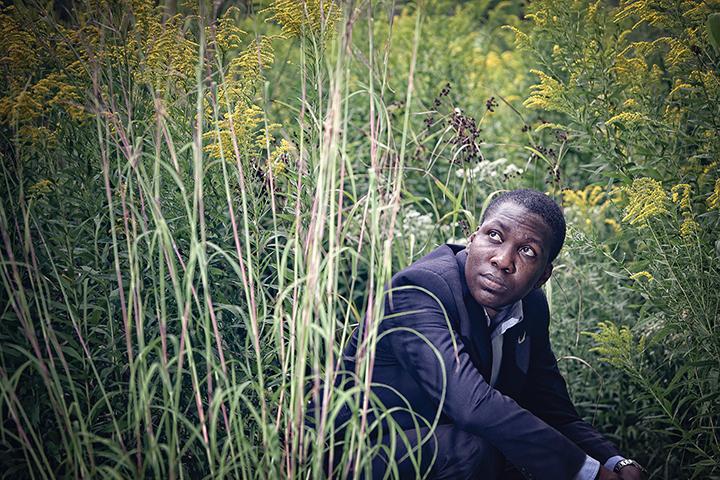