If  Michael Davies had been born in another era, he might have been a merchant adventurer or an explorer seeking the Northwest Passage.

Instead, he was a respected publisher of the Kingston Whig-Standard, a generous philanthropist committed to his hometown and to his alma mater, Queen’s University, a devoted father, an ocean-going sailor, and a helicopter pilot.

Mr. Davies died March 22, 2022, after a long decline caused by Parkinson’s disease-related dementia. He is survived by his wife of 61 years, Elaine, his five children and their partners, 14 grandchildren, and his great-grandson.

He met Elaine Stephens in his teens. Their lifelong partnership was “one of the great love stories,” says John Rae, Artsci’67, a close friend and a fellow member of the Queen’s University Board of Trustees.

Mr. Davies was born in Kingston in 1936, the community he called home all his life. He graduated from Queen’s in 1959 with a Bachelor of Arts and then stepped into the family’s newspaper business.

The university was always close to his heart, says his son, Dr. Gregory Davies, who graduated with an honours BA in economics from Queen’s, later did his medical residency there, and subsequently joined Queen’s Health Sciences. His father felt a strong connection to the university during his working life and later he assumed several university-centred roles, including vice-chair of the Board of Trustees.

He created endowments for the DAN School of Drama and Music and in the Faculty of Health Sciences at Queen’s through the Davies Charitable Foundation he started in 1990. The foundation has contributed $11 million to more than 600 worthy causes, all helping the community of Kingston and many including projects at the university.

He was a leader in the creation of the Community Foundation for Kingston & Area, which boasts more than $25 million in endowments.

“He loved growing up in Kingston. He felt a huge responsibility for the privilege the community had given him to be the voice in the community,” Dr. Davies says. “He was really connected and involved. Every night he was out to some meeting… He was involved in every community group that was going on.”

That involvement led to the Order of Canada, Order of Ontario, and, in 1998, a Doctor of Laws from his alma mater; he was the third member of the family to be so honoured, after his father, Arthur, and his uncle Robertson, the novelist.

Mr. Davies was not afraid to take a calculated risk in business or on the Atlantic.

His grandfather, Rupert, who, legend has it, had come to Canada from Wales with a one-pound note sewn into his coat, had purchased the Whig-Standard in 1925. The family held it until the paper was sold in 1990.

Mr. Davies assumed sole control in 1976, having been named publisher in 1969.

He hired the late Neil Reynolds as editor and the two went on to prove a small paper in a small city could punch well above its weight, winning two Michener Awards and many other honours – all recognizing the power and quality of its journalism.

He was a principled publisher, too. The Whig-Standard was the first Canadian paper to ban tobacco ads. He also banned smoking in the workplace – years before it became law.

The decision to sell in 1990 was another calculated risk.

It was “bittersweet for Michael, but he knew it was the right thing to do for the family,” his son says. Five years later, the internet began its rise and the long erosion of print media began.

Mr. Rae, who first met Mr. Davies while working at Power Corporation overseeing that company’s regional newspapers, says he “knew what he wanted, and he did what he wanted.”

As a teenager, Mr. Davies developed a passion for classical music. When others listened to Elvis and the Beatles, he hummed Beethoven. Later, he was a central figure in the restoration of Kingston’s Grand Theatre, the home of the symphony. And, in his final years, music soothed him, Dr. Davies says.

He began his sailing life in Kingston Harbour, but he went much farther. In his boat Minstrel (a.k.a. the family cottage), he sailed the Great Lakes, up the St. Lawrence to Newfoundland, and to Bermuda.

He commissioned the building of Archangel, a 67-foot vessel, and crossed the Atlantic 11 times. Over the years, he circumnavigated the globe twice. He would venture out for a month at a time, staying in touch with meetings at the Whig-Standard by ship-to-shore radio.

“We all grew up feeling very loved and included. He showed us an adventurous life. If you wanted to participate, you were welcome, but he was going to do it,” Dr. Davies says. “Michael included many friends from all walks of life and of all ages in his sailing adventures.

“Before we were married, the first time my wife went sailing was across the Atlantic” with her soon-to-be father-in-law.

“Big ocean sailing is an unbelievable experience… I’ll never forget surfing a 67-foot boat down 30-foot waves alongside my father. You don’t get many opportunities like that.

“My strongest memories are with him sailing and at other family events. He and my mother always wanted family around and were always putting on dinners to make sure everybody was included.”

At 55, Mr. Davies bought a five-seat Bell JetRanger helicopter. He would fly the helicopter over the Rockies and down the Atlantic seaboard of North America.

He stopped flying at 65. After 3,000 hours without a crash, it was time for other endeavours in his hometown.

Mr. Rae remembers a typical kindness that Mr. Davies offered in the ‘Batmobile.’

“Our family had a brother who died prematurely of cancer and he left two boys.” He had asked Michael to take his nephews for a ride in the helicopter.

They flew over the Rideau Lakes and landed at Mr. Davies’ farm.

“He took the time to take us around. He made us tomato sandwiches and… he listened and talked.”

A small thing, perhaps, says Mr. Rae, but “to me, these are big courtesies, and they make a big difference in the lives of young people.

“He was proud and he was daring and he had opinions. He was his own man, but without pretension.”

A prince of a man

Hermann Leiningen, Artsci’84, goes about his day much as we all do. He takes public transit every...
View A prince of a man 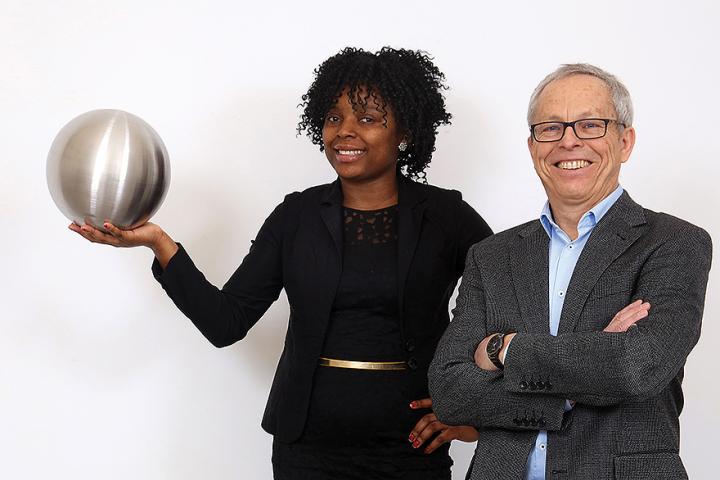 The search for dark matter

With the world’s attention on Queen’s physicist Dr. Art McDonald after he received the Nobel Prize...
View The search for dark matter
Top