A geophysicist by training, Andrew “Drew” Feustel, PhD’95, believes his ability to understand the intricacies of the tasks assigned to him as an astronaut stem equally from his work experiences outside academia as from his life as a scientist. When he arrived at Queen’s to do his doctorate in geological sciences, Feustel had already amassed a solid foundation of skills outside the classroom that certainly came in handy during his missions to space. In all, he spent 226 days in orbit and almost 62 hours outside spacecraft during nine spacewalks, including repairs to the Hubble Space Telescope, ranking him third in the world for spacewalking time.

As a 12-year-old boy, I began a lifelong relationship with Brasso, that gooey polish in the little silver-blue can with the pop-up lid. It all started one summer in Pontiac, Mich., with my first job polishing brass in a big, ornate, old-time bank. This bank had brass railings throughout, and two levels with stair banisters. We used to go inside every couple of weeks and polish. I was too young to work, but it was obviously a learning experience and a very memorable one.

I don’t think I worked there that long – maybe two summers. I have no idea how I got that job, but it’s likely that my mom knew somebody who knew somebody who needed to have the work done. Who knew that was how the brass got cleaned?

I never really thought about it, but I guess it did give me a heightened attention to detail and a strong work ethic early in life. Ironically, in addition to my job as an astronaut, one of my hobbies is restoring cars, which involves a lot of polishing chrome and parts – important details for great results.

Restoring cars commenced at the age of 14, when I took apart my first car (and put it back together five years later). I grew up in Detroit, surrounded by the auto industry, and my father and uncle were both automotive engineers. My brother and I got into dirt bikes and go-karts early on, so motorsports were always a subject I was interested in. I had already restored a couple of cars on my own in my garage by the time I started attending community college and then got a job as an auto mechanic and restoration specialist. Right now, I’m finishing up a full restoration on a 1970 Mercedes 280SL. It is already painted, but I have a few pieces of chrome to put on the car, so I still have a little bit of polishing work left to do.

I would say of all the things I’ve done in my life leading up to the role of an astronaut, my mechanical aptitude and the skills I gained from working with cars and motorsports have been as important to my success as an astronaut as my formal university training as a scientist.

When you’re working in the spacesuit with your hands, it feels as if you are wearing a set of leather gloves, with a pair of welding gloves on top, so you have to train yourself to understand the feedback you’re receiving through your fingertips. It’s very different from working with your bare hands, and that’s why we make special tools and equipment and oversize everything. And that’s where all the things I learned outside schooling come in: when someone hands me a piece of hardware or a tool, I can immediately understand it. In my mind, I can very quickly see: “This is the way this tool interacts with this, this is how I would position myself, and this is what I expect to happen when I work with that tool.”

And all that started with a can of Brasso.

The edge of hockey's new frontier

The goal wasn’t to land a hockey job. Rather, Darryl Metcalf was driven by the need to satisfy his...
View The edge of hockey's new frontier 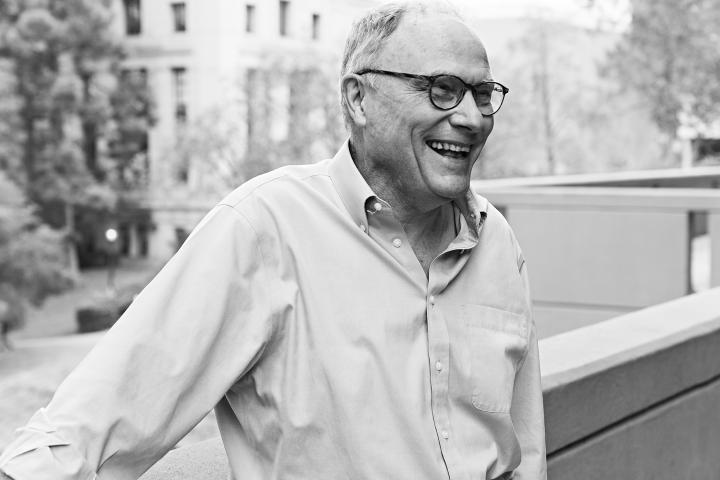 Taking Highway 6 out of Guelph toward Fergus, Ont., you’ll pass a small dairy farm that has been in...
View Built on Facts
Top