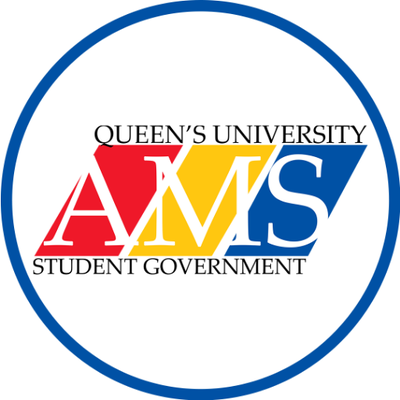 The oldest student association in Canada, the Alma Mater Society (AMS) has been the central student organization at Queen's since its founding in 1858.

The original goals of the AMS were social and academic as well as political: to promote "the maintenance and defence of students' rights, the interchange of friendly intercourse, the promotion and encouragement of learning, and the furtherance of the general interests of the University."

It grew out of the old Dialectic Society, a debating association founded in 1843, and it officially remained a debating society until late in the century. Gradually, however, the AMS took on more and more responsibility for student affairs and student self-government, including non-academic student discipline. This responsibility began informally in the 1880s and in 1898 it was officially delegated to the AMS by the Senate.

In the same year, the AMS overhauled its constitution and adopted its modern role of representing the views of students and coordinating and financing other student societies.

Today, the AMS acts as a service, advocacy, and governing body on behalf of all students except those enrolled in graduate, law, education and theology studies (these students belong to the Society of Graduate and Professional Students (SGPS)).

Among the many services it operates or oversees are two campus bars, a travel agency, the P&CC printing centre, the Queen's Journal, CFRC, Queen's TV, the Common Ground Coffeehouse, the Student Constable system, the Walkhome Service, and several hundred student clubs and associations.

It also sponsors or co-sponsors many campus events, including Orientation Week.

Learn more about the AMS...