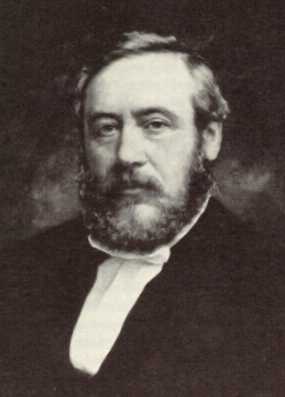 Snodgrass was one of the most successful of Queen's early Principals, serving from 1864 to 1877 and guiding the university through some of its most troubled years.

He was born in Paisley, Scotland and educated at the University of Glasgow, where he was ordained as a Presbyterian minister. Snodgrass emigrated to Canada in 1852 to become minister of St James Church in Charlottetown, P.E.I. From 1856 to 1864, he was minister of St Paul's in Montreal, Québec. He was also made Clerk of the Synod in 1857.

Snodgrass was appointed Principal of Queen's after the death of the Rev William Leitch in 1864. He was the first Principal to live in Summerhill, a tradition carried on by his successors.

Although less academically accomplished than his predecessors, he was patient, steady, and energetic. He put those qualities to good use throughout his term as he dealt with some trying circumstances, including the end of government grants after the unification of the provinces in 1867, and the collapse of the Commercial Bank in the same year- a disaster that cost Queen's about two-thirds of its endowment.

After Confederation, higher education became the responsibility of the Provincial governments, and Ontario had no interest in funding a denominational college. Under political pressure, the Premier of Ontario agreed to extend the grant into 1868, but no longer. This left Queen's facing bankruptcy, and Snodgrass and the Trustees did the only thing they could in the circumstances: they launched a very ambitious, yet remarkably successful, fundraising campaign across Canada.

Snodgrass made an appeal to the Kingston community and received a very substantial $15,000. This amount of money from a small town, at a time when the professors of Queen's themselves made around $1,500 a year, was quite incredible. The professors of Queen's themselves donated one-third of their salaries. When the campaign ended in the spring of 1862, about $115,000 had been collected.

After the campaign, Snodgrass was faced with the question of the unification of the Presbyterian Church (which had split in 1844) and of possible amalgamation with the University of Toronto. Snodgrass had a large part in these difficult negotiations, and managed to help reach a unity settlement that would allow Queen's to remain largely as it was.

There were several other incidents and innovations of note during Snodgrass's time at Queen's: the worsening relationship of the Trustees with the medical faculty finally led to their leaving Queen's and establishing their own Royal College of Physicians and Surgeons in 1865 (see Health Sciences, Faculty of). The first female students were admitted in 1869, the quality of the faculty grew steadily, and the library was substantially expanded. The University Council and the position of Chancellor were created, and the Queen's Journal released its first issue.

Exhausted by the burdens of office, Snodgrass resigned in 1877 to a comfortable parish in Canonbie, Scotland, much to the surprise of the Board of Trustees. Snodgrass recommended George Monro Grant as his successor.

At the December 4, 2009 meeting of the Board of Trustees, the Arboretum was officially dedicated in honour of his outstanding services.