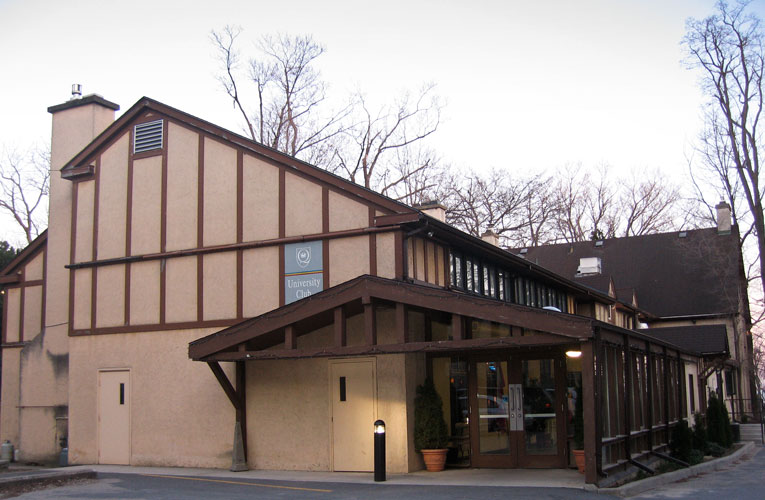 Called the Faculty Club until 1994, this social club offers year-round facilities for dining and relaxing for members and their guests. Faculty, administrators, alumni, and full-time staff are eligible to join and the club's facilities are also available to non-members for catered special events.

Officially a non-profit corporation, the club's full name is the University Club at Queen's, Inc. It was founded as the Faculty Club in 1949 and first met in the Students' Memorial Union (now the John Deutsch University Centre). In 1969 it moved to its present home, a striking waterfront house at 168 Stuart Street.

The main part of this house was built in 1845 by prominent Kingston architect William Coverdale as a country home for a wealthy Kingstonian, the Rev William Macauley Herchmer, who called it St Lawrence Cottage. A later owner substantially altered the building in 1934, creating its present exterior appearance and room layout.

A large addition was built at the rear of the building in 1968-69 to accommodate the Faculty Club. In 1994, following a trend in similar university clubs across Canada, the club changed its name and also broadened membership eligibility to include all full-time staff.

Learn more about the University Club...