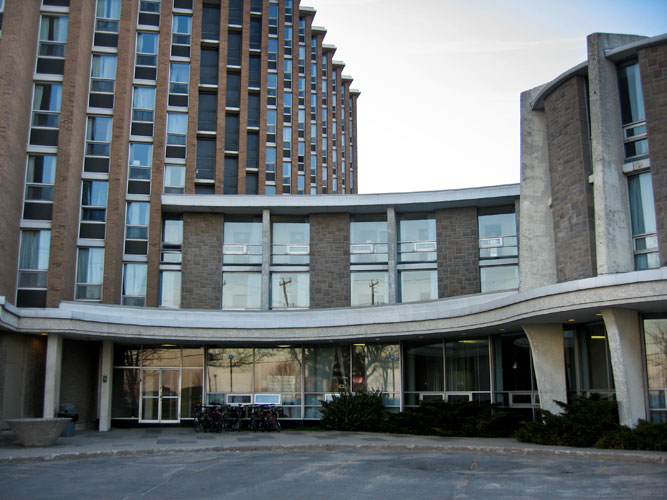 Built in 1968, this residence building at the corner of King and George streets has beds for about 225 students.

An unusual aspect of the building is that it was designed so that every window looks south over Lake Ontario. Originally a residence for nursing students at Kingston General Hospital, it has been owned by Queen's since 1988.

It is unknown for whom the building was originally named.