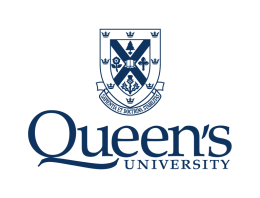 Research in Geography and Planning

Researchers in Queen's Department of Geography and Planning have a long history of discovery and innovation that has shaped our knowledge of Earth’s places, societies, environments, and landscapes. We bridge the social sciences and humanities with the natural sciences to address some of our world's most complex problems, including issues related to social justice, climate change and planning for healthy communities.

Facility for Biogeochemical Research on Environmental Change and the Cryosphere (FaBRECC)

Facility for Biogeochemical Research on Environmental Change and the Cryosphere lab examines the impact of climate change and anthropogenic activities on the hydrology, water quality, and biogeochemical processes of glacial and permafrost watersheds.

Dr. Melissa Lafrenière was born and raised in Mattawa Ontario, situated in the Ottawa River Valley, on the traditional and unceded lands of her Algonquin ancestors. Her interest in hydrology and water quality issues sprung from growing up in an environment where much of her day to day activities and well-being was dependant on the flow and quality of the Mattawa River.

Her thesis research investigated the hydrological and biogeochemical controls on the transport of organochlorine contaminants in glaciated alpine catchments as part of an interdisciplinary study at Bow Lake, in Banff National Park, Alberta.

She joined the Department of Geography at Queen's in July 2004. She is the co-director of the Cape Bounty Arctic Watershed Observatory (CBAWO), a long term integrated watershed research facility on Melville Island, NU.

Her research combines the use of field observations and experiments across a range of scales, with laboratory experiments and biogeochemical analyses to investigate the impacts of hydrological and permafrost changes on the mobilization and cycling of carbon, nitrogen and dissolved metals and ions in watersheds in the Canadian Arctic.

As a research team, Dr. Lafreniere's lab engages in partnerships and knowledge exchange with the local Inuit communities who are the most directly affected by climate change and strive to incorporate traditional knowledge to enhance the value, and the understanding, of collected data.

Interested in examining how permafrost and hydrologic changes influence the biogeochemistry of C, N and mercury in High Arctic watersheds? Dr. Lafrenière’s lab offers great collaborations and unique facilities for you to make your contribution!
See the details for these opportunities

Some of the partners and supports of Dr. Lafreniere's research program