Violence in a Connecting World 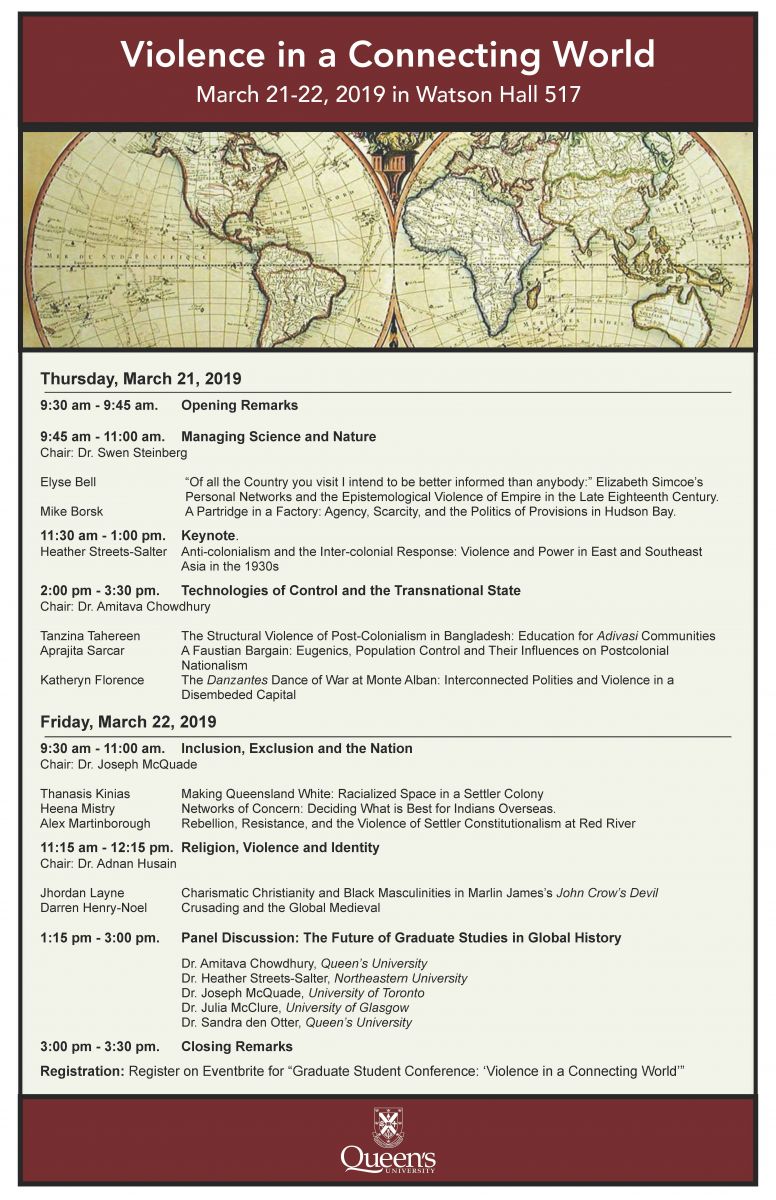 Interconnectedness and integration of the local into global networks of empire, capitalism, migration, religion, solidarity, and intellectual exchange are pervasive themes in the field of global history. Scholarship on global networks transcends methodological nationalism, problematizes nationalist histories, highlights syncretism and hybridity, and challenges Whiggish teleology. Cosmopolitanisms, transnational exchange, and global solidarity and activism are celebrated as legacies of the different processes that comprise integration.

Violence, however, both produces and is a precipitate of integration into the global. The political and economic integration of the landmasses bordering the Atlantic Ocean resulted in the displacement of indigenous peoples, environmental degradation, the establishment of settler colonialism, and transatlantic slavery. Globe-spanning systems of modern imperialism and capitalism brought about economic exploitation through plantation economies, famine as a by-product of mismanaged resources, and vulnerability to market fluctuations.

The exchange of ideas within global hierarchies of power went hand in hand with different forms of epistemological violence, including imperial racism, the cultural genocide of colonized peoples, and the erasure of indigenous knowledge systems. Integration was also coerced through the physical violence of warfare “pacification” campaigns against indigenous resistance and sexual violence within the intimate relationships which held empire together. Furthermore, technologies which facilitated integration also empowered border regimes, nationalist exclusion, and surveillance.

The Keynote address will be presented by Heather Streets-Salter, Chair and Professor of History at Northeastern University, and author of World War One in Southeast Asia (2017) and Martial Races: The Military, Race, and Masculinity in British Imperial Culture, 1857-1914 (2004). The conference will end with a roundtable discussion on the future of graduate studies in global history.