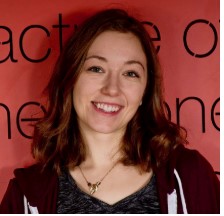 Leena obtained a Bachelor of Arts and Science (Honours) from Quest University Canada. Quest is a liberal arts university that follows the block program. Each student must complete their interdisciplinary foundation classes, then concentrate their education on disciplines based on their question. Her research question was “Are Towns Disappearing?” which led her to study urban planning, human geography, and cultural studies. In 2019, Leena completed her Master of Urban and Regional Planning degree at Queen’s University. In September 2020, Leena started her PhD studies in Human Geography at the University of Ottawa under the supervision of Dr. Luisa Veronis, Associate Professor, Department of Geography, Environment and Geomatics

Population decline and lack of economic growth are realities for Northern-Ontario. In 2002, a panel of leaders from Northwestern and Northeastern Ontario were assembled to create a regional development plan that was targeted on attracting growth to their regions. Since then, many growth practices have been implemented in the Official Plans of Northern Ontario municipalities, while some First Nations reserves have also created Official Plans through the Far North Act. Even though provincial growth incentives in Northern Ontario like the Ring of Fire impacts municipalities and First Nations communities, there is little research that shows how growth is understood by both parties in the context of Northern Ontario.

Leena's MPL research sought to understand guidelines of economic, social, and cultural growth from provincial legislation and its impacts on local Official Plans and Community-Based Land Use Plans. In the end, it was demonstrated provincial documents do not represent the reality of growth management in northern-Ontario and also poses the question as to why there are strict guidelines specific to Community-Based Land Use Plans for Indigenous community.

Exploring the impacts of the GPNO and the Far North Act on Official Plans and a Community-Based Land Use Plan.