I am a theoretical astrophysicist and member of the Astrophysics Research Group in the Department of Physics, Engineering Physics and Astronomy at Queen’s University.

My current research activities focus on galactic astronomy, dark matter, and cosmology. I am particularly interested in the interactions between stellar disks of galaxies such as the Milky Way and Andromeda and their dark matter halos. In 2012, my collaborators and I presented evidence that the Milky Way’s stellar disk is in a state of disequilibrium based on an analysis of astrometric data from the SEGUE survey. Our hypothesis was that the disk was perturbed by a passing satellite or dark matter subhalo and we coined the term Galactoseismology to refer to the idea that by studying the bending and breathing of the disk, we might learn about its structure and the environment in which it lives. My group is now busy analyzing and modelling data from the European Space Agency’s Gaia satellite using a mix of theory, computational astrophysics, and data science. 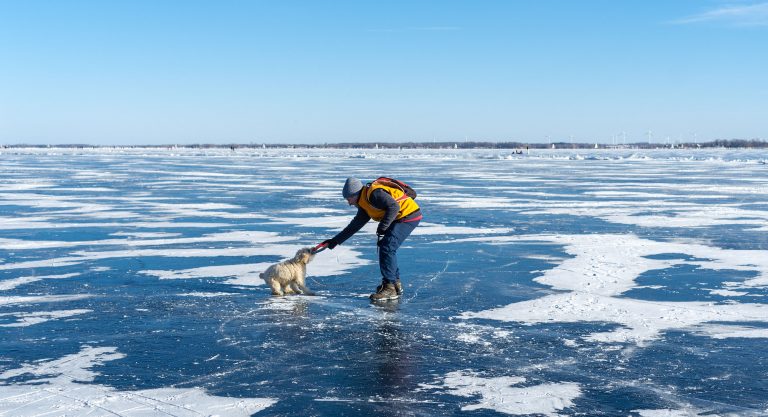 I have been a professor at Queen’s since 1993. Prior to that, I was an undergraduate physics major at Stanford, a PhD student at the University of Chicago under the supervision of Michael Turner, and a postdoc at both the Harvard-Smithsonian Center for Astrophysics and the Canadian Institute for Theoretical Astrophysics at the University of Toronto. Early in my career, my research focused on particle astrophysics and early universe cosmology. My PhD thesis was on superconducting cosmic strings. However, my most significant work as a graduate students was a proposal with Turner that the magnetic fields necessary to seed the Galactic dynamo could be generated during inflation. While at Harvard, I began a long-running collaboration with Scott Dodelson, who is now at Carnegie Mellon University.

Scott and I showed that sterile neutrinos, produced in the early Universe via oscillations with ordinary neutrinos, could be the dark matter. These neutrinos were an early example of warm dark matter. Scott and I also proposed a scheme for baryogenesis that didn’t require explicit baryon number violation. In our scenario, the baryon asymmetry in the ordinary matter was compensated by an asymmetry in the dark sector. Thus, the model stands as an early example of what is now known as asymmetric dark matter.

Since arriving at Queen’s, I have been interested in galactic dynamics. Over the years, John Dubinski, Konrand Kuijken and I have developed a code called GalactICS, which allows one to set up equilibrium initial conditions for disk-bulge-halo systems. I was a member of the Microlensing Exploration of the Galaxy and Andromeda (MEGA), which attempted to constrain the density of Massive Compact Halo Objects (MACHOs) in M31 (see de Jong et al 2006). I was also a member of the Pan-Andromeda Archeological Survey (PANDAs), which mapped faint stellar structures in the outskirts of M31 and M33.