DEFEND TRADITIONS OR LOSE THEM?

As Scott Kemp points out, “the primary reason that this is the holiday season is because of Christmas, which is one of the most important holidays in our culture.” With this thought in mind, we must begin to openly reflect on this reality during the Christmas season.

Too many Canadians are concerned that the use of such words as Christmas, Easter, etc. will offend non-Christian Canadians. Possibly it will, but we must vigorously defend our cultural traditions or they will be lost to future generations. For example, Christmas has already been “expelled” from our public school system.

Congratulations to Scott Kemp for his fortitude in documenting this ­unfortunate erosion of our once-proud heritage. And Merry Christmas.

How “Canadian” we are when we ­demean our Lord’s birthday to be P[olitically] C[orrect]. As Christians, we should be ready to champion our faith, not dilute it. Standing up for one’s beliefs should inspire pride; it is not something we put under a bushel. Good on you, Scott, and Merry Christmas!

I read Scott Kemp’s article and felt the need to respond. As a Jewish alumnus, I am glad to receive “Season’s Greetings” messages from people and organizations. To me, this is not about “the simple fact that the majority of Canadians value the celebration of Christmas,” but rather that Queen’s is – and should be – an institution that values diversity and inclusion. Valuing diversity and inclusion acknowledges and includes all members of the population, not just the majority.

Kemp states that “the primary reason this is the Holiday season is ­because of Christmas….” I think there are many who celebrate ­Diwali, Kwanzaa, and Hanukkah, as well as other festivals at this time of year, who would disagree. If we only cater to the majority, then why do we concern ourselves with accessibility for the disabled? Why would we go to the expense of installing a ramp at the entrance to a building? We do it because we are an inclusive society and it is the right thing to do.

Kemp states that Christmas has “been celebrated ... in Canada for well over 400 years.” What he doesn’t say is that the early settlers to Canada brought Christianity and it’s celebrations with them. Christmas became a Canadian tradition, it was not always one.

Since the time of the early settlers, many others who have come to Canada have brought their traditions with them. And in the same way that Kemp honors his heritage by celebrating Christmas, others honour their heritage by celebrating other holidays. Traditions change and grow. The “cultural legacy” we should value is that Canada is a place where everyone is welcome and where everyone has the freedom to have his or her own beliefs.

Scott Kemp should continue to celebrate Christmas, but what he shouldn’t be doing is advocating that his beliefs are more important than others. If I know someone celebrates Christmas, I wish him or her a “Merry Christmas.” If I know they celebrate Hanukkah, I say, “Happy Hanukkah.” If I don’t know what they celebrate, I say “Season’s Greetings” or “Happy Holidays” because I want to be inclusive and respect the beliefs of all.

HOLIDAY GREETINGS AND THE U.S. DEBT

Scott Kemp seems to think we all belong to the same clan, club, ‘imaginary friend league’, etc! I do not like the idea of the QUAA sending “Merry Christmas” greetings to all alumni for the simple reason that this idea is exclusionary from the outset. I find his desire to include everyone in his club to be narrow minded and insulting to all those who do not want to be included in this little organization. Next he will want all lectures, seminars, and meetings at Queen’s U. to begin with a prayer and some hymns from the United Church or Presbyterian hymnal! If you want to celebrate Christmas it is just fine with me but don’t push everyone into this ritual.

Jack Hardy’s comments about the liberal Democrats in the United States need attention. He conveniently does not mention the tax benefits that the Republican private business world has bestowed upon itself. Tax breaks for the rich were bestowed by George W. Bush and these are still in effect today. Why on earth should the United States be struggling with increased debt and unemployment while the one per cent at the top of the heap continue to run from their responsibilities to contribute to the reduction of the national debt?

Just a couple of thoughts from someone who didn’t really fit in while attending Queen’s in the 1965-69 era. 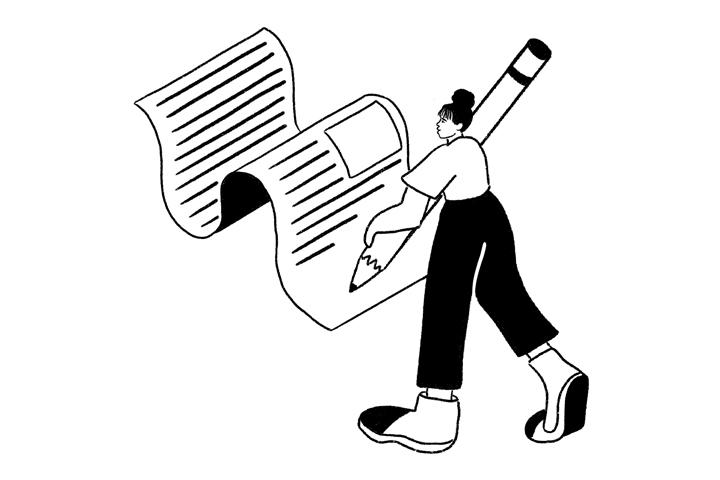 Congratulations on the redesign of Queen’s Alumni Review. While I’m not a Queen’s alumnus, I read...
View You Wrote: August 2021
Top