Queen’s can boast of having one of the most spectacular overseas campuses in the world. Architecturally perfect, with wide moat, crenellated towers, and soaring brick chimneys, Herstmonceux Castle in East Sussex, U.K. – the home of the Bader International Study Centre – suggests a romantic film set more than a university. I recently was able to play a modest role in helping preserve a little of its pre-Queen’s story.

Herstmonceux Castle in the 1920s, prior to its restoration. (Alumni Review file photo)

My late English mother-in-law, Elizabeth Gray, had a wartime posting to nearby Herstmonceux Place as a member of the First Aid Nursing Yeomanry (the FANYs), an outfit of young ladies who served mainly as drivers to the army. A fellow-FANY (an acronym that continues to delight her children) was Verily Bruce Anderson, daughter of the long-time rector of All Saints, Herstmonceux. Verily’s father was a famous eccentric, who bred England’s best Smooth Fox Terriers and Skye Terriers (as well as other creatures, including green mice). Verily and Elizabeth became lifelong friends.

In 2008, during my term as Finance Committee Chair on the Board of Trustees, I visited the castle. Prof. David Bevan, then-Executive Director, gave me “the royal tour” and the structure was even more splendid than I had expected.

I immediately had to report to the two former FANYs. Verily responded with a flood of memories. By now she was 93 and blind enough to have a seeing-eye dog, but her zest for life was undiminished. The author of 30 books, she had continued to write thanks to an apparatus that typed whatever she dictated. The result was an inimitable, irresistible stream-of-consciousness. I sent her emails to David and suggested he meet Verily, who was about to visit friends near the Castle. He did, was utterly smitten, and commissioned the little book, Castellans of Herstmonceux.

Verily’s memories cover more than 80 years. The earliest ones take us into a long-gone world of the privileged, titled, and famous – a world into which Verily’s family had easy access. She first knew the castle under Colonel Louther, who wanted his guests to dress in colours that matched the curtains and who would toss pewter plates at the butler and then fall to his knees to beg mock forgiveness.

Louther partially rebuilt the crumbling brick castle. His successor, Sir Paul Lawson, MP, then spent a fortune restoring it to its full medieval size and splendor. Lawson threw lavish parties (including a reception for 500 guests for Verily’s sister’s wedding) and theatricals, but his vision for Herstmonceux was lost to a serious motor-cycle accident and the shock of being jailed for an alleged military offense. Later, Verily visited the castle during its less colourful occupation by the Astronomer Royal, and finally, to her great delight, she returned when it had become the Queen’s International Study Centre, met Isabel and Alfred Bader, who had so generously purchased the castle and donated it to Queen’s, and she slept in the best bedroom.

Verily sprinkled her stories with vivid accounts of incidents and characters and always her special sense of delight — with what former ISC Director David Bevan called “the enchantment of her voice.” She was thrilled to have this last writing assignment in her 90s.

On a sunny evening in August 2010, she signed off on the final proofs of her book. That night, she died in her sleep. 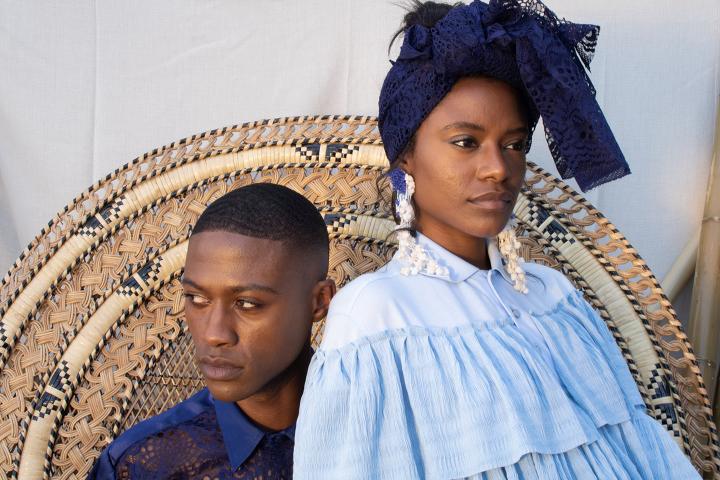 When you get dressed tomorrow, Jason Cyrus would like you to consider the complex story of...
View Campus News: Fall 2021